Two forces drive the evolution of the Internet of Things: Speed and size. Organizations are leveraging enhanced broadband connectivity to drive real-time analytics and on-demand intelligence, even as new manufacturing techniques make it possible to squeeze compute power onto millimeter or micrometer architecture.

The result? Smart dust — also known as microelectromechanical systems (MEMS) — capable of scaling up IoT scope even as size scales down.

While business applications for smart dust are already emerging, this tiny technology could offer substantial benefits for post-secondary processes. Here’s how going small could deliver a big impact for education.

What Is Smart Dust?

The term “smart dust” was coined by Kristofer Pister of the University of California, Berkeley in 1997 to describe his wireless array of sensor nodes.

Originally a tongue-in-cheek nod to the late-’90s trend of pinning “smart” to the description of any new technology, MEMS are now grabbing attention from research firm Gartner as an emerging technology, and the market is set for “strong growth” through 2019, according to a press release on recent related research.

MEMS are tiny, 3D-printed sensors designed to work in tandem. They’re purpose-built with both mechanical and electrical components; newer iterations draw power from subtle vibrations or even the surrounding air, making them ideal for highly sensitive applications.

While smart dust got its start as part of a Berkeley project, two decades of IoT development found potential for MEMS across multiple industries. Some current applications include:

MORE FROM EDTECH: See how universities are using IoT to mitigate security risks on campus.

Gartner predicts that innovation across systems on a chip, advanced sensors and the intelligent mesh that ties these devices together will continue to drive IoT development through 2019 and beyond.

But what does this mean for post-secondary institutions? How do they prepare campus networks for the advent of low-cost, commercialized MEMS development?

First is wireless network support. Schools such as Princeton University are currently deploying “wireless first” models that prioritize seamless connections across high-density endpoints. This is critical for campus MEMS applications, since these devices rely on wireless links to create large-scale sensor networks and deliver critical data.

Post-secondary institutions must also develop new applications capable of both communicating with and controlling smart dust deployments. As noted by Inside Higher Ed, mobile applications are now “changing how teachers teach and students learn,” but the advent of mobile-first environments also has an impact on campus IT management.

With post-secondary schools facing the same malware and phishing threats as large enterprises, security is paramount.

In addition to protecting student information and administrative documentation, improved security measures are critical to ensure smart dust networks — which are collecting millions of on-campus data points — are protected against a potential breach or compromise.

MORE FROM EDTECH: Why IoT security needs an interdisciplinary approach.

Smart Dust Is at Micro Scale with Macro Impact

Enhanced wireless connections and improved 3D printing have created a high-value business case for smart dust applications. But this technology also offers direct benefits for post-secondary institutions: With the right infrastructure in place, schools can leverage the macro potential of micro MEMS. 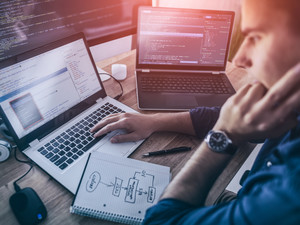