For families in a remote Texas community, satellite Wi-Fi is supplying internet service at a level not previously possible. Ector County, which lacks the fiber for broadband connectivity, used to rely on cell service or hotspots, says Kellie Wilks, CTO for the county’s public school district.

Now, through a relationship with Starlink, the satellite internet service developed by Elon Musk’s SpaceX, local families have access to high-speed, low-latency internet for students. It’s the first school district in the nation to tap the technology, which uses satellites orbiting around Earth to send and receive data. 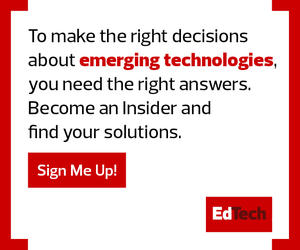 Companies on the leading edge of this technology, including Astranis and Hiberband, tout it as a way for people without access to broadband to receive internet service. Referred to as nanosatellites or microsatellites, they allow telecommunication companies to provide internet access to parts of the country and the world that previously lacked reliable, high-quality connectivity.

In Ector County, the SpaceX technology has expanded access to 45 families in the community who previously were out of reach, Wilks says.

“We realized through a survey at the end of the 2019–2020 school year that 39 percent of our families had limited or no connectivity,” she says.

Allen Pratt, executive director of the National Rural Education Association, which represents K–12 schools and higher education, says primary and
secondary schools have expressed the most interest in satellite Wi-Fi so far — particularly in Texas, Arizona and Montana — but that colleges could soon jump onboard.

“There is interest in how this would work and how we could use this for schools and communities,” Pratt says.

Gregory Williams, president of Odessa College, is a member of the ConnEctor Task Force, which brings together education and business leaders working to establish reliable internet service for the community.

“It is our hope that these resources will help to keep students engaged and persisting in their K–12 educational journeys,” Williams says. “These will also increase the number of students in our community who are prepared to transition to higher education after high school.”

To help bridge the digital divide, especially during remote instruction, schools and communities have set up hotspots and other platforms to help connect students and families to the internet. Ector County has used those strategies too, Wilks says, but the shared signal often degraded depending on how many people were using the hotspot, and the speeds were insufficient.

Satellite Wi-Fi has been an effective solution to connect rural students and families to the internet, says Pratt.

“Anything is on the table,” he says. “We’re looking at any way to connect students.” 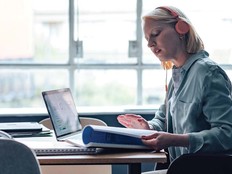 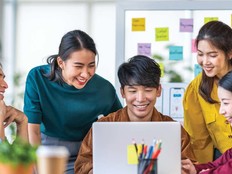 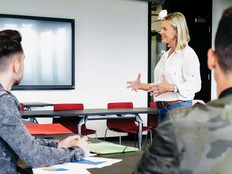