The term “AI” often gets the headlines, but machine learning is the backbone of the technology — the mathematical algorithms that make AI possible. We see machine learning at work every time we accidentally enter a typo during a Google search and the browser prompts, “Did you mean x?” Google has “learned,” based on previous searches by millions of users, to recognize both a likely error and the word we probably intended to use.

Machine learning is ripe for innovation, and computer scientists are eager to get to work. One indicator of how hot this topic has become: When higher education researchers around the world submitted proposals for Google’s 2016 Research Awards, a full 20 percent related to machine learning, up from 12 percent in 2015.

The best use of machine learning, according to one educator, is not artificial intelligence, but augmented intelligence: an intelligent teaching assistant that makes it easier for human educators to do their jobs. For example, machine learning could provide not only data about students’ academic performance, but also actionable insights that educators can use. Such systems could also leverage the insights and best practices of experienced teachers to make them available to more educators.

Some professors are already experimenting with machine learning as a new type of virtual “assistant.” In early 2016, Ashok Goel, a Georgia Tech computer science professor, deployed IBM’s Watson platform to answer routine questions posed by students. Goel revealed the assistant’s “identity” at the end of the semester, and students were surprised to learn that a machine had been answering their questions.

When Goel continued the experiment last fall with two virtual assistants, students were in on the game, trying to determine which assistants were human. Once again, the AI systems proved themselves to be able helpers: Many students could not differentiate between the real and virtual assistants.

Using machine learning for routine tasks — so instructors can spend more time on complex teaching activities — is one of the primary applications that educational technologists foresee in higher education. Advanced machine learning, for example, could facilitate one-on-one tutoring that is personalized for each student. As one expert points out, that’s a model of teaching that institutions would love to provide now, except that it’s cost-prohibitive to do so. An AI system could make that possible.

AI Acting as Assistant and Adviser

Some campus researchers are partnering with outside organizations to help them develop applications outside of education, such as healthcare. At Carnegie Mellon University, students and professors are working with the Centers for Disease Control on an initiative to improve flu season forecasts through machine learning. If successful, such a tool would help campus health centers, hospitals and agencies better prepare for spikes in flu cases requiring treatment.

At the University of Michigan, a $4.5 million partnership between IBM and UM’s Artificial Intelligence Lab is developing an AI system capable of delivering natural, versatile conversation — a key aspect of advanced machine learning applications. Unlike the simple exchanges carried out by existing virtual assistants (“Hey Siri, what’s the weather?”), UM researchers envision that assistants with far more sophisticated conversational capabilities would be able to serve as “cognitive advisers,” helping users with tasks ranging from travel arrangements to personal finance.

Machine learning has unique roles to play in higher education, where it has the potential to both transform the nature of teaching and learning, as well as yield discoveries that will transform other fields. The best outcome will be a classroom in which educators can continue to do what they do best, with a little help from some (very) smart assistants. 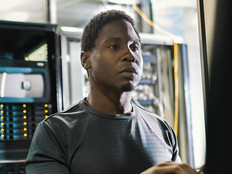