For college students researching today, finding the area or section in a long paper or article that is applicable to them is easy as hitting Ctrl F.

But for past students, research might have included spending hours in a dim library basement looking through pages of a newspaper on a microfiche reader, using only their eyes to find keywords and phrases.

At Boston University’s Mugar Memorial Library, students would once line up to use the 12 microfiche readers, a 2013 Boston.com article reports.

A millennial college student today might not even know what a microfiche is. So, what happened? 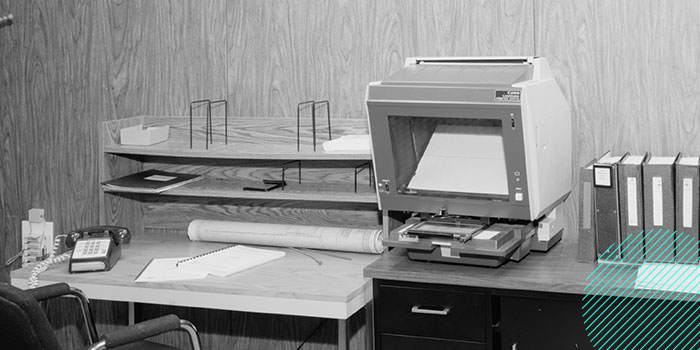 Let’s start with the basics. Encyclopedia Britannica defines a microform as a reproduction of “printed matter or other graphic material in a much-reduced size, which can then be re-enlarged by an optical apparatus for reading.”

A microfiche is a sheet or card of microfilm — the same stuff used to make Kodak Carousel slides — that has display text at the top, allowing you to know what you are looking at.

To view the microfiche, users put it into a microfiche reader, which looks like an old computer containing a slot with wheels where the film card or sheet is inserted.

The Boston.com article describes the process below:

To use the microform viewer, patrons turned on the machine, inserted the film into the first wheel, guided the film under the glass covering the stage and into the second wheel and then turned the wheel to make sure the film was entered correctly. Patrons used the buttons in front of the stage to move through the film.

A bit more complex than a Google search, right?

WHEN  Was Microfiche Introduced? 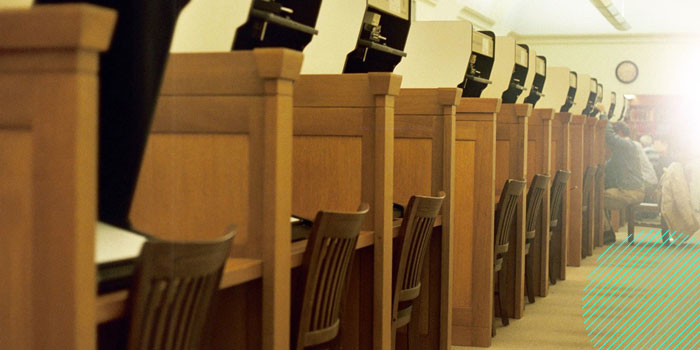 Some forms of microfilm have been around since the late 1830s, the UCLA Southern Regional Library Facility reports.

In 1853, John Benjamin Dancer sold microphotographs on slides that had to be viewed through a microscope, and in 1859 the first patent for microfilm was issued.

Around 1906, Tedium reports that French information scientists suggested microform technology to help libraries maintain less massive archives, but it wasn’t until the 1930s that libraries began to heed this advice.

The first official microfiche use at a college came in 1938, when Harvard University Library used the format to preserve old newspapers in what became its Foreign Newspaper Microfilm Project.

“In the 1970s, the information explosion forced libraries and institutions and their users to microforms as alternatives to bulky, expensive print materials,” reads the library’s article.

During this heyday, Boston.com reports that BU’s Current Periodical and Microfilm department was staffed by a rotation of 40 students.

WHY  Did Microfiche Die Off? 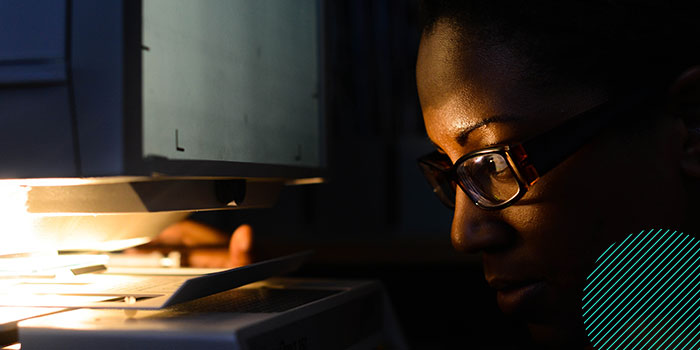 As a popular student research method, the internet has usurped microfiche.

The Boston.com article also reports that many university libraries began to shift to digital archives and databases instead of paying for microfiche subscriptions for journals.

Despite this, in 2013, universities remained optimistic about microforms for the purpose of historical archiving, and BU still maintains their microform department today.

Though not an easy tool for mainstream research, microfiche can have niche uses — Tedium reports of expensive classic comic book archives — among researchers and history buffs.

“Students waited in line to use the machines,” recalls Roland Rodene, the supervisor for BU’s library’s microform department, in the Boston.com article. “Now, mostly Ph.D. students use them when they need an obscure journal or archived material.”

During the Franco-Prussian War, carrier pigeons delivered microfilmed photos of documents in tiny tubes attached to their wings, Tedium reports. 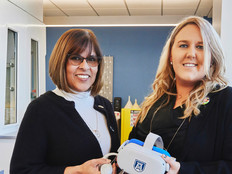