A partnership between the University of Michigan and IBM could spark the next wave of artificial intelligence (AI) interfaces — and the test bed for the work will be an academic adviser for students driven by cognitive computing.

Scientists will feed this new AI large volumes of recorded human interactions between students and academic advisers to give the system a conversational edge, allowing it to improve upon the scripted responses of previous AI.

"Natural conversations bring in so many different aspects of human intelligence — knowledge, context, goals and emotion, for instance. In many ways, to build a versatile conversational system is a grand challenge for artificial intelligence," said Satinder Singh Baveja, professor of computer science and engineering and director of U-M's AI Lab, in the news release.

The technology could revolutionize how we interact with technology, said Baveja.

"These conversational systems become cognitive advisers that can assist us in a variety of personal, professional and enterprise tasks, such as advising for personal finance, helping employees in scheduling meetings and travel arrangement, and providing technical support to customers of an enterprise," he said.

However, IBM says the system won't replace humans anytime soon. The system is intended to serve as an optional resource for students, who can ask it simple questions, or to complement conversations with human advisers. The nature of these questions could range from career goals to the expected amount of homework hours for a course.

The company has been exploring higher education in recent years, looking for areas to apply its cognitive computing platform Watson. One use-case IBM was touting in 2014, tentatively titled the Watson Master Teacher, used the powerful computing system to advise teachers.

IBM says it expects Project Sapphire’s results to be up and running within a few years. 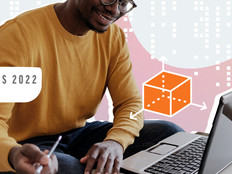