IBM is bringing Watson to seven tech colleges in an effort to seed young minds with analytic interest.

IBM is giving seven top technical colleges a chance to pick the brain of Watson, its artificially intelligent supercomputer, to help make cognitive computing the next wave in programming.

The institutions will be given access to Watson — IBM's smart computer that was popularized by its winning run on the quiz show Jeopardy! in 2011 — through the cloud. Faculty will lead curriculum in cognitive computing, teaching students how to develop new applications using Watson in natural language processing and machine learning.

"By putting Watson in the hands of tomorrow’s innovators, we are unleashing the creativity of the academic community into a fast-growing ecosystem of partners who are building transformative cognitive computing applications,” said Michael Rhodin, the senior vice president of IBM Watson Group, in a press release. "This is how we will make cognitive the new standard of computing across the globe."

Coursework in the curriculum partnership will include building ideas for cognitive innovation, fueling Watson's knowledge with data, creating cognitive apps in the cloud and developing entrepreneurial know-how.

Some of the participating colleges already have charted a focus of study. University of Michigan students will be using Watson to develop apps for children with special needs.

"This is a wonderful tool for our students to get to experiment with," David Chesney, a lecturer in computer science and engineering at Michigan, said in a university press release. "This is the generation that watched Watson win Jeopardy!, and I'm sure the opportunity to interact with it will really have an impact."

Meanwhile, Carnegie Mellon University plans to have students alongside Watson to further their work in mobile-speech interfaces.

"The home run we're looking for is to add our vision to IBM's technology to create an application that is useful and worthy of being spun off as a product," Eric Nyberg, a professor at Carnegie Mellon's Language Technologies Institute, said in a press release issued by the university.

The program is part of IBM's plan to heighten students' understanding of big data and analytics, a growing career field that research firm Gartner, Inc. predicted in 2012 would create 4.4 million new IT jobs worldwide by 2015.

Faculty from the seven institutions will form a board that will meet quarterly with IBM to review progress and discuss new arenas for the curriculum, according to a press release from the company. 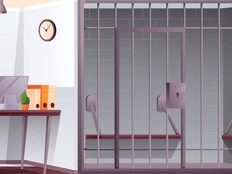