VMware’s vSphere 5.1 is the latest iteration of the ­company’s virtualization software, which allows multiple operating systems to run on a single hardware system. This is generally used to create multiple test ­environments or maximize server use, permitting several different operating ­systems and applications to run and allowing applications to be migrated as needed from one hardware server to another. In a higher education environment, this can be used to give students in class their own environments for building applications while ensuring that problems with one student’s system don’t affect any others.

vSphere 5.1 is simpler to install than earlier versions, and while hardware support is not as broad as with some other products, many more hardware brands will work with the latest version than was the case with previous versions.

Administrators can set up templates so that each user can create an environment as needed. It’s simple to set up groups so that all virtual machines for a given class can be removed at once when the class is over. Isolation among virtual machines has been improved, and overprovisioning allows for the ­creation of more virtual machines per hardware server, which lets admin­istrators support more students per server, especially if they’re not logging in all at once.

vSphere 5.1 supports the latest client operating systems, including Windows Server 2012, Windows 8 and the latest versions of Linux. It also continues to support older ­versions of Windows, making it ideal for testing across multiple ­platforms as well as supporting an environment in which many ­users are still using Windows XP or ­Windows 7.

Virtual machines can now be created with up to 32 virtual cores and up to 1 terabyte of virtual RAM (­assuming the hardware has that many cores, and that much RAM).

vSphere no longer requires Linux. Instead, it uses a proprietary operating system designed for better security and stability, with fewer required patches and less maintenance. vCenter Server is more tightly integrated, ­allowing management of multiple vSphere systems and automatic migration of applications from one server to another for load balancing and high availability with less effort on the part of the administrator­. Because there’s no difference between the free and paid versions in terms of software support or drivers, administrators can set up test systems easily, then migrate them to ­supported systems without reinstalling everything.

Administering a system requires less training because the service console no longer is required for administrative tasks. Everything can be done through the single admin interface. (For power users, the virtual command-line inter­face remains available.) With the web client, a separate ­VMware client no longer is required to administer virtual machines, making support much easier because no software must be downloaded or installed for individual users.

vSphere 5.1 is easier to use than ever, and vCenter Server and all of the other pieces ease deployment on multiple systems, enabling maximum utilization from hardware. Still, licensing remains complex in large systems. 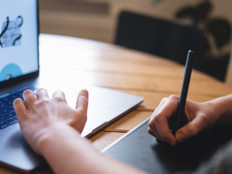