The gap between the haves and the have-nots is widening in America, and a lot of the growing disparity has to do with challenges that higher education is facing today, says Mark Milliron, chancellor of Western Governors University Texas.

"The biggest disruptor of poverty is postsecondary education with great market value," says Milliron during the Campus Technolgoy 2012 opening keynote. "About half the people who start an American education finish."

As Milliron made his case, he spared no grim statistic. Around 300,000 more Americans a year will need a postsecondary credential than is currently projected, in order to be competitive in this global economy he says.

"We're actually projected to turn out a generation that is less educated than the one that came before it," Milliron says.

So what can we do to turn the tide?

Technology for technology's sake is of little use in facilitating meaningful educational experiences. Instead of focusing on how the latest gadget can be shoehorned into the classroom, think about the learning experience you want to provide to your students. Then, seek out the technological tools you'll need to make that learning experience a reality.

"If we anchor our technology conversation in how we improve learning, then we can start unpacking our use of tech," Milliron says.

2. Accomodate Students Who Work and Have Families

The days of a young adult going to live on on campus at a four-year university on a full-time basis without working is fast becoming an urban legend. According to some statistics, less than 20 percent of students are living on campus full-time and not working, Milliron says.

An easy way to accomodate students who work is to offer evening classes. In fact, some schools have gone so far as to offer midnight classes, he says. And these late-night classes are quickly filling up with midnight owls who are eager to learn on their own time. This is especially well-suited for students who work overnights and can't otherwise make it to class during the day.

"One of the number one reasons people stop higher ed is 'life happens,'" says Milliron. "The car breaks down, kids get sick, etc." Understanding the challenges these students face is critical . For example, there's a world of a difference between an 18-year-old who lives on campus and doesn't work, and a single mother who is working and trying to get through a bachelors program at the same time.

3. Leave the Status Quo Behind

WGU Texas is an online school that thinks boldly, even more so than other online schools. The college doesn't measure achievement and knowledge in seat time, Milliron says. It's all about practical knowledge.

The school's main aim is to equip and train people with the necessary skills for success. Attendance matters less than subject matter expertise, he says. That's why WGU aggressively tailors its programs to teach, measure and test knowledge as much as it can, rather than worry about how many hours any student sat for a degree.

"We're not saying we're the best, but we're a valid model for learning progression," Milliron says.

4. Let the Data and the Results Guide You

When colleges talk about data and data analysis, often times the data research doesn't apply to students, Milliron says. Instead, it's squandered on administrative research, like retention rates. But universities are sitting on more data about their students than ever before. So why not put some of that big data muscle into providing a richer learning experience for students?

"Data is about giving students feedback," he says. "Not about spreadsheets and cross tabs."

After powering through a high-minded presentation on the future of higher education, Milliron closed the Campus Technology 2012 opening keynote with a poignant story about his time as an administrator at a college in North Carolina. While working in the student affairs department, he became acquainted with Gina, an eager student who was told she should quit school at every turn by her husband and family.

Gina, however, refused to give in, even when her husbands aggressive discouragement turned to brutal domestic violence. And when she successfully graduated from the college, Gina's life changed for the better, Milliron says.

Her committment to higher education in the face of adversity is one of the stories that makes Milliron a believer in the transformative power of education and why he fights to make it accessible to as many Americans as possible. 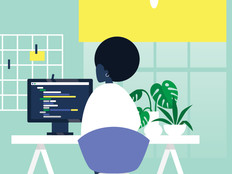 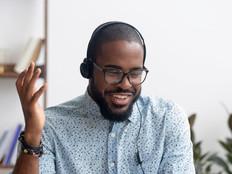 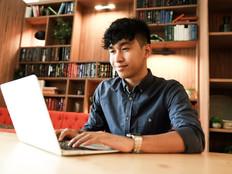