A new coalition backed by some of Silicon Valley’s brightest stars wants to shake up how students are taught computer science — and it couldn’t have arrived at a better time.

For years, education leaders have been trying to foster growth for the next generation of computer science experts, a field expected to grow dramatically over the next decade. According to the U.S. Department of Labor’s Bureau of Labor Statistics, “employment of computer and information research scientists is projected to grow 11 percent from 2014 to 2024, faster than the average for all occupations.”

There's been a groundswell of support for new computer science courses at K–12 schools in recent months, including at two of the country’s largest school districts. Chicago Public Schools and the New York City Department of Education have been working on their own initiatives to bring computer science to students.

But such initiatives are happening without federal support. The newly formed Computer Science Education Coalition is hoping to change that, which would allow more states to be able to offer such courses. More than 60 organizations have joined the coalition, including tech luminaries such as Amazon, Facebook, Google, Microsoft and IBM.

This month, the coalition issued a news release saying it would lobby for a federal policy for computer science education and more investment.

“Our members have signed on to support the creation of a policy solution that addresses the immediate void – a lack of computer science in K-12 classrooms,” according to the coalition website. “It is estimated that an initial infusion of $250 million in federal funds could help 1,000 to 1,500 schools expand access to computer science, with the potential to reach over a half-million students across the U.S. in the coming year.”

Though federal funding for these courses is limited, in January, President Barack Obama unveiled his Computer Science for All initiative, calling for $4 billion to go to states and $100 million to schools to ensure that K–12 teachers have access to computer science training and materials. This funding request is built into Obama’s 2017 federal budget and must pass Congress.

Coding as a Foreign Language

State legislators have been jockeying for years to determine where computer science coursework should fit into state education curricula. Lawmakers in Kentucky, Washington, Florida, New Mexico, Oklahoma and Texas have targeted legislation to make coding courses count as a foreign-language credit, but such proposals have been met with varying degrees of acceptance over the years.

The concept was featured on a March edition of National Public Radio's All Things Considered, where Microsoft chairman John Thompson said coding courses could be a tech-career catalyst for some students.

"If you had a chance to take coding, and coding triggered a thought in your mind that, 'Gee, I could do this and do it well,' and it has the long-term consequences of a career in technology, which right now are some of the highest-paying careers in our country, why wouldn't you do that? I think that's a great idea," Thompson said.

But not everyone agrees with the notion of programming as a foreign language. Through its annual Hour of Code initiative, Code.org has been helping students cross the first hurdles into programming. However, Code.org's state policy and advocacy manager Amy Hirotaka wrote in a 2014 blog post that she believes states are taking the wrong approach to integrating coding courses in schools.

"These efforts could actually undermine the ability of students to have access to this critical field," wrote Hirotaka. "Although we use the term 'programming language' to refer to C++, Java, Python, and so on, these aren’t natural languages." 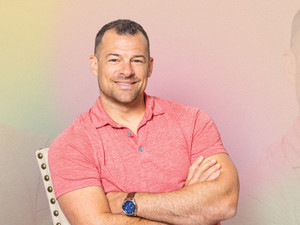