For most schools, cameras are typically used to help deal with minor behavior issues and safety concerns, such as fights, graffiti and theft. Looming always for school officials is the specter of potential tragedy, such as a shooting, hostage situation or fire. One of the greatest benefits of IP cameras is that they help emergency management officials tap into a live video feed and perform situational analysis before entering the building.

Schools need to prepare for this possibility by including camera system operations in their emergency plan and training local law enforcement and fire officials about how to access and operate the system. More progressive districts even practice using the cameras during exercises and drills.

For its part, Missouri’s Fort Osage School District has met with local first responders, provided maps of camera locations, and trained personnel on the functionality and operation of the system.

“We’ve set it up to where the police can actually tap into our camera system on the fly from their cruisers, so they can then look around and make action plans based on what they see,” says Mark Lindhorst, network administrator for Fort Osage.

“Of course, thank goodness, we’ve never had to deal with this in real life, but we are prepared for it.” 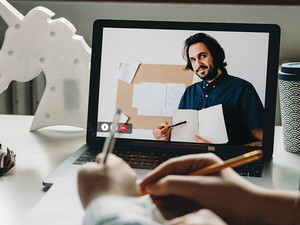