2020 is just around the corner. That’s when experts predict that 5G wireless will be broadly available.

Increasing data speeds and responsiveness times by nearly 1,000 percent, a fully functioning 5G network could be a game-changer in the way universities use, manage and set up everything from IoT devices to data-heavy applications like augmented and virtual reality.

“Human brain signals take 14 milliseconds to travel,” says Jason Leigh, senior research analyst for mobility at IDC. “The most recent tests have recorded 5G latency times — how fast a signal goes to and from a device — at under 10 milliseconds. Network responsiveness could be even faster than your brain.”

MORE FROM EDTECH: Check out how K–12 districts are trying to bolster access to broadband in schools!

How Does 5G Differ from 4G?

5G uses the millimeter wave portion of the spectrum, between 30 GHz and 300 GHz. The signal covers smaller areas than 4G, and has trouble moving through solid objects, like buildings and trees. However, it covers distances with much greater speed and capacity. So, instead of a central 4G cell tower, with 5G, wireless carriers will have to install a much greater density of smaller, portable towers to carry signals.

The advantages are clear.

Ted Rappaport, professor and NYU Wireless founding director, led a team of researchers to prove that 5G signals would work in an urban school environment.

“We measured around the streets of Manhattan and deployed test equipment that emulated commercial installations on portable towers at lamp post height to prove that mmWaves could work even better than today’s wireless networks,” he says.

In addition to urban schools, Rappaport says that rural areas could also benefit from 5G capabilities.

“5G equipment could allow immediate replacement of aging copper wires with ‘wireless’ fiber,” says Rappaport. “Tests done in Virginia found the distances reached by the mmWave signal were much greater than people thought — up to 10 kilometers.”

MORE FROM EDTECH: See how K–12 districts can boost their current Wi-Fi!

Although nationwide 5G coverage is still a few years away, K–12 IT leaders should start preparing now.

“[5G] presents a new opportunity for schools to host small cells, but also new challenges, as they will have to deal with carrier requests and a new business model,” says Phil Wilson, managing director of telecommunications strategy and operations at Deloitte. Overall, education leaders and researchers are sharing excitement for the future that 5G technology could bring, including augmented reality and virtual reality.

“We have hints of what we’ll see,” says Rappaport. “Virtual meetings, 3D imaging, AR, VR. It could give us the ability to interact in a tactile way with remote objects with virtually no latency, even across great distances. 5G teaching and learning technologies are probably being developed in startups as we speak.” 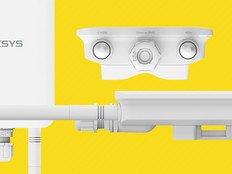 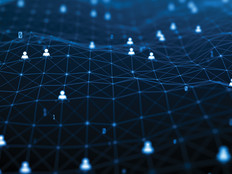