In recent years, K–12 schools have used data analytics to measure engagement, learning and student success. For schools like Grand Rapids Public Schools in Michigan, using data has been key in improving attendance rates and engagement.

However, for school districts with tight budgets, the promise of using data analytics is something that might seem out of reach.

“The problems out there are enormous and too large for any one entity to tackle on its own,” says David Jansen, manager of application development for Fresno (Calif.) Unified School District, in a report from the Data Quality Campaign (DQC).

For an urban district like FUSD, partnering with local government and local organizations to get valuable student data is a cost-effective way to determine the kinds of services their students need the most, and ultimately what their budget needs to cover, the report indicates.

“The biggest hoped-for impact from the district’s point of view is to better allocate the dollars we spend on student supports and to be able to proactively reach out,” says Jansen.

As outlined in the DQC report, schools looking to foster a successful data-sharing partnership within their community should “involve these systems leaders early and focus on early uses of data that will directly help them in identifying service gaps, providing evidence for budget and grant requests and informing continuous improvement initiatives.”

Some school districts have already seen success from data-sharing programs.

An after-school program in Nashville, Tenn., has significantly improved students’ reading ability in just three months, not through magic, but by diving into city data. Through a data-sharing agreement between the Metro Nashville Public Schools (MNPS) and the Nashville After Zone Alliance, the school’s city-funded afterschool program aimed at middle school children, NAZA was able to tailor the program’s curriculum to work with each students’ individual needs, according to a National League of Cities blog profiling the program.

“To figure out what kind of after-school programs are the right fit for the right kids, we are looking at real-time data on the students in relation to their school attendance, school behavior, and how they’re doing with their coursework,” Candy Markman, NAZA coordinator for the Nashville Public Library, said in a video about the city’s data use in the after-school program.

By providing tutors access to real-time information on students’ reading levels, as opposed to data gathered and distributed at the end of the school year, tutors can provide a more targeted program for each student. Officials in the program can then better understand which students would benefit from either small reading groups or one-on-one coaching.

Moreover, school data on at-risk factors and behavior can help NAZA know if a child is in need of other support programs from the city.

School officials and city leaders have made the partnership possible through four key areas of collaboration. NLC breaks these areas down as:

“The afterschool providers want to be seen as a partner and a support for what’s going on in the school day,” Yockey says. “[Data] helps the after-school providers focus more on what they actually need, rather than just a program that they offer.” 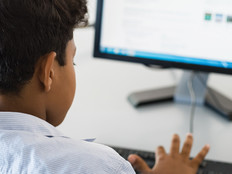 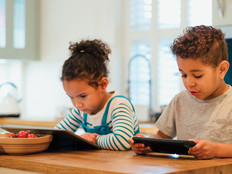 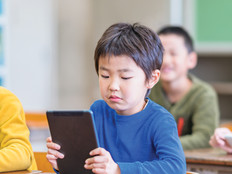