When you think of Florida weather, you think of hurricanes. And for many schools along the state’s coastlines — even inland school districts that have to deal with surrounding swampy, lowland topography — the threat of flooding is real.

For Brevard Public Schools (BPS) in eastern Florida, located along the “Space Coast” (it’s home to NASA’s Kennedy Space Center), flooding has not been a problem historically. Even so, FEMA has recently designated much of Brevard County as a flood zone.

Brevard tech leaders had a growing concern: assurance that their data could be protected no matter what type of disaster swept through. Sluggish performance, limited storage capacity and maintenance headaches from antiquated and mismatched equipment were already top of mind, and so — combined with this latest flooding concern — the district began a path toward virtualization in 2014.

“You can’t put a dollar amount on protecting your data — your teachers’ data and your students’ data — and having it available to them at all times,” says BPS Technology and Network Coordinator Barrett Puschus. By virtualizing its data center and network services using the Microsoft Hyper-V platform on Cisco Systems and Lenovo hardware, the district has optimized its disaster recovery, saved on licensing costs and standardized its high-level hardware, Puschus says. Performance also has soared.

“Uptime and high availability from virtualization have been priceless,” he says.

The Daily Advantage of Virtualization

The value of virtualization for increasing system redundancy and resilience is clear, says Jim Flanagan, chief learning services officer at ISTE. But the value that schools get from the change in managing their technology assets is often the most compelling benefit. In-house virtualization can be an effective strategy to take pressure off of the IT staff, reduce operating costs and provide better access to services for students and educators. “The educational benefit is accessibility — the ability to use any device, anytime, to get access to resources changes education,” he says."

Districts opt to virtualize for many reasons, from disaster preparedness and uptime to ease of management and mobility. EdTech takes a look at all four of these drivers and how districts tackled their virtualization strategies. 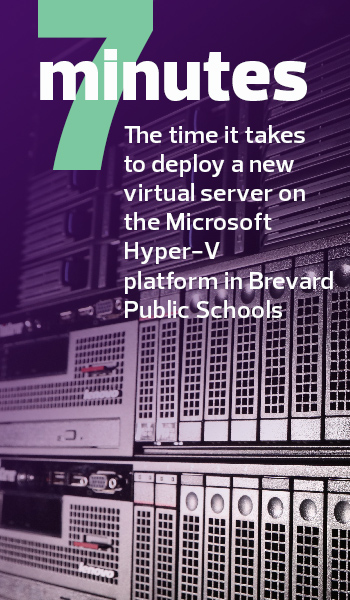 Before the switch to virtualization services at BPS, routine maintenance or a hardware failure meant degraded performance or loss of services, Puschus says. Now, the IT staff moves affected applications to another host machine and restores them from backup (if necessary), making them available immediately.

Backups are simplified and automated on the Hyper-V platform, and critical data is replicated to other locations for disaster recovery, a serious consideration for a district that has 92 schools, 20 special centers and 73,000 students from 17 communities.

By virtualizing, BPS went from 600 physical servers down to 200 Cisco Unified Computing System blade servers supporting 1,350 virtual machines. It dramatically reduced the hardware management burden on the IT staff and conserved energy, Fitzgerald says. “We now have more flexibility and power to allocate resources,” he says.

Virtual Servers Are a Time and Money Saver

Deploying a new virtual server takes minutes, compared with the costly and time-consuming process of finding the right physical machine to run key applications, Puschus says. The Hyper-V environment also provides monitoring tools that reveal performance bottlenecks so the computing load can be redistributed to free up CPUs.

Given the advantages of virtualization, IT had to decide: quickly virtualize their own applications or turn to cloud providers to supply them. “For security and control,” Fitzgerald says, “doing it ourselves was the way for us to go.”

After more than a decade, virtualization continues to pay off for South Colonie (N.Y.) Central School District in suburban Albany, says IT Director David Perry. SCCSD adopted virtualization to save space and money. What began as a small implementation of VMware has turned into the norm for delivering IT services in the district.

“We were using more applications, didn’t have room for more physical servers, and virtualization was less expensive than buying the hardware,” says Perry, whose district serves about 4,800 students across eight schools.

Virtualization makes provisioning and managing resources easier for IT staff. It allows them to deploy virtual servers remotely, and the technology significantly simplifies application sharing among buildings, Perry says. Schools save substantial energy, both from powering fewer physical servers and from using less air conditioning to cool them. 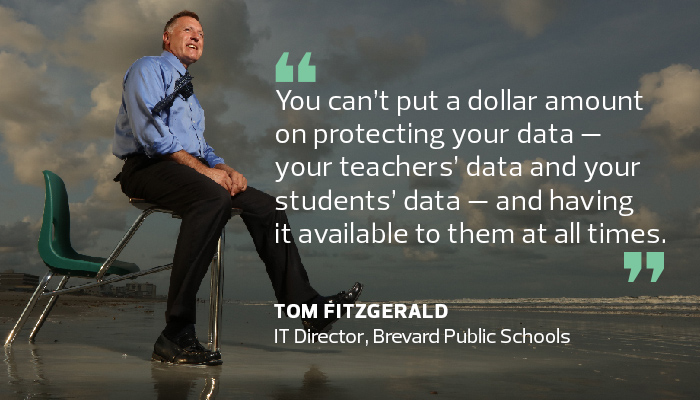 Virtualization has allowed SCCSD to repurpose money that would have been spent on server hardware and allocate those funds toward classroom technology, he says. But the greatest educational benefit the district derives from virtualized services may be increased uptime.

“Before virtualization, we could lose services to large parts of the network if a server went down,” Perry says. “Now, we just move the service and the users don’t even notice. It gives us the ability to provide the best experience for students at a low cost.”

A BYOD Base in Indiana

In the spring of 2014, IT administrators at Zionsville (Ind.) Community Schools in suburban Indianapolis knew that the district could not afford to replace the client hardware in labs and classrooms, Chief Technology Officer Dan Layton says. Instead, they implemented a VMware virtual desktop infrastructure (VDI) that supports the district’s array of learning applications and makes them available on almost any device. About 80 percent of the district’s 6,800 students participate in its bring-your-own-device (BYOD) program.

“The virtual desktops were a way to maintain the educational experience for students without blowing the budget,” says Layton.

With VDI, one image is updated and pushed out to users, and VMware updates applications automatically and instantaneously, improving security and ensuring a consistent user experience. New applications can be implemented quickly too, aiding in an agile, real-time learning experience, Taylor says. “Now our students can access their engineering or creative arts software from a low-end device at home,” he says.

Getting Ready for What Comes Next in Education

Virtualization provides a stepping stone to the future, says ISTE’s Flanagan. “Virtualizing infrastructures is one of the stages toward a utility model of delivering IT services. If you can virtualize within your own infrastructure and get five or six years of value, that’s great,” he says. “You can then evaluate where your district and technology are at that point.” 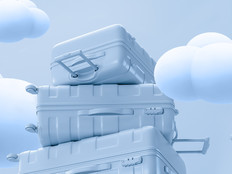 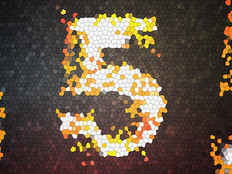 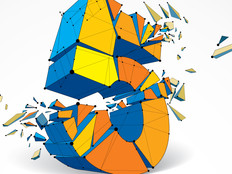