End-to-end encryption ensures that data is secure while in transit and while at rest in cloud storage.

Data is the new currency of the digital age. The data stored on a district’s servers and desktops is often worth far more than the hardware itself.

Increasingly, that data is being stored in virtual environments or is the focus of plans to migrate to the cloud.

Veeam’s Backup and Replication v.8 solves several problems in addition to ensuring that data can be retrieved if servers crash or users accidentally delete files. VBR8 also enables migration of data from physical to virtual servers, either within the data center or into the cloud.

Over the past 15 years, hypervisor software, which allows multiple operating systems to run on a single hardware server, has moved from simulated data center environments for testing purposes to mainstream systems used in most companies. By specializing in backups of hypervisor environments and keeping at the forefront of virtualization technology, Veeam is able to offer support for all the latest features that have been added to VMware, as well as advances in storage systems used to support VMware.

Installation of a trial version is free, and as simple as an 830-megabyte download. Installation of the basic software is straightforward, though the optional Enterprise Manager piece is more complex, as it uses a separate server, SQL database and catalog service. This piece is not required to back up a single VMware system.

VBR8 can back up to any kind of storage, including direct-attached disk or tape devices; CIFS or NFS file shares; specialized network storage systems from EMC, HPE, NetApp and ExaGrid; and cloud storage, such as Azure.

One interesting new feature of VBR8 is instant virtual machine recovery. It allows for on-the-fly recovery of a VM from backup storage; instead of having to mount new storage to a vSphere server, an administrator can run the VM directly from the backup target device. The new version also supports the latest versions of Microsoft Exchange, SharePoint, SQL Server and Active Directory, as well as the snapshot capabilities of storage systems that allow for quicker backup and restore.

Cloud capabilities do not simply include the ability to save to a volume over the Internet. End-to-end encryption ensures that data is secure while in transit and while at rest in cloud storage. WAN acceleration provides deduplication and compression to minimize the bandwidth required to keep backups current.

Veeam’s decision to specialize in hypervisor backup and restore has given the company a substantial lead over most of the older players in the backup space and provides a definite advantage for the administrator tasked with keeping systems up and running.

Snapshots allow a storage system to create images of a storage volume at periodic intervals, such as once a minute, daily or weekly. The storage system can do this in seconds by storing only the changes made since the last snapshot. Snapshots enable quicker, more frequent backups. Each storage vendor uses different methods to enable this process. Veeam works with each vendor to integrate snapshots into their backup process, enabling backups to be done effectively many times a day, minus the long recovery time required without the custom support. 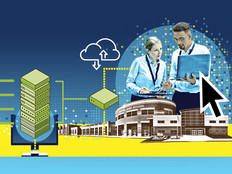 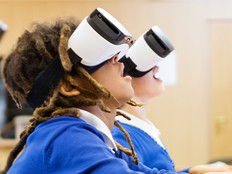 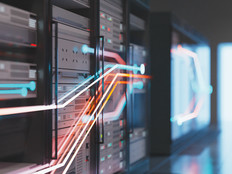