Students across the country are beginning to return to school, and they'll need to keep their smartphones and tablets charged throughout the day.

With the implementation of districtwide initiatives such as bring your own device (BYOD) and one-to-one, devices have become a vital part of the average school day — and they need to be charged. But not every school is equipped to give each student a dedicated plug.

In May, Education Week reported the global market for educational technology had increased by 16 percent over the previous year, to nearly $15 billion. While most of that was taken up by core hardware components, such as notebooks and desktop computers, a large sum went toward accessories that support those devices, says Jon Roepke, director of product management for Belkin's education division.

"In some environments, the infrastructures don't have enough support systems, whether it's power plugs or internet connectivity, to promote the usage of those devices," he says.

This marketplace of device accessories, including portable battery chargers, has been thriving along with the increasingly widespread adoption of smartphones and tablets in schools. Another trend has been growth in accessories that support tablets, such as keyboards. For districts that are rolling out Common Core

Standardized Testing using tablets, a keyboard add-on is a must, says Roepke.

Here are four smart solutions that students can use to keep their devices charged as they head back to school:

These two devices offer a classroom solution to power and storage, perfect for any one-to-one initiative. The Store and Charge device can be easily mounted to a rolling cart and wheeled between classrooms. The Secure and Charge charges devices while keeping them protected behind a locked door.

Portable device chargers are perfect when battery power is dropping fast and a wall socket isn’t available. Belkin’s Power Pack line of portable chargers includes three pocket-sized models, scaling up from 2,000mA to 9,000mA. The middle-tier models also come in a variety of colors and can charge two devices at once. Depending on the battery capacity of the device, it could carry a full-day's charge, making these power packs an ideal backup solution.

More technologies are making the leap to wireless, so why not device chargers? Instead of hunting for a spare charging cord, users of Duracell's Power Mat can charge their smartphones simply by laying them on a flat charging area. The Power Mat works only with PMA3-compatible devices, which can be added through a smartphone case, also sold by Duracell.

Students worried that their smartphones won't last a full day without a charge? Mophie's Juice Pack battery cases extend the life of devices through supplemental batteries built right into the cases. They’re a simple solution that provides both protection and power.

Do you have a device charging tip or product that you think works well for students? Let us know in the comments. 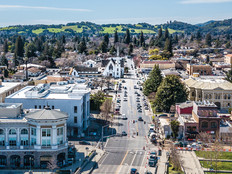 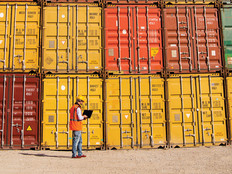