E-Rate applications for the next school year's technologies are in, and educators have taken full advantage of the Federal Communication Commission's 2014 reforms, according to a blog posted by FCC Chairman Tom Wheeler.

The E-Rate program provides discounts on telecommunications and Internet services to schools and libraries. Last July, the FCC updated the program to include an additional $1 million to target wireless connectivity in these institutions. The reforms were also aimed at easing the application process for schools and libraries and lowering the barrier of entry for high-poverty applicants. And in December, the commission voted to raise the spending cap from $2.4 billion to $3.9 billion.

In his May 11 blog post, Wheeler said schools and libraries are seeking a total of $3.9 billion in their E-Rate applications for the next school year, including more than $1.6 billion for internal Wi-Fi networks.

"These requests reflect long pent-up demand," wrote Wheeler. “It is the first time in three years that E-rate has had any funds available for Wi-Fi at all. In the past, many schools and libraries didn't bother to apply for Wi-Fi funding because they had no hope of getting funds. That is no longer a problem."

Among the criticisms of the spending increase was that it would result in higher Universal Service Fund fees, which are assessed on consumers’ phone bills. An additional 16 cents per month was projected to be required to pay for the extra program funding.

However, FCC Managing Director Jon Wilkins told Education Week that reserve funds amounting to nearly $1.6 billion were allocated for the E-Rate program and so Universal Service Fund fees will not be raised.

Last year provided the most sweeping changes to E-Rate in the program's nearly 20-year history, but more changes are afoot, according to Wheeler.

"Work is already underway preparing for next year's introduction of other changes we made to the E-rate program to support the expansion of high-speed fiber connections," Wheeler wrote in the conclusion to his post. 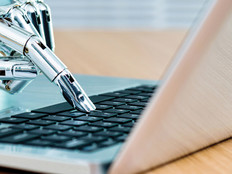