The first rule of Web 3.0 is to stop calling it that. At least, that's Tim O'Reilly's preference.

According to O'Reilly, whose media company is credited with coining the term Web 2.0, "it was never meant as a version number." Rather, the expression "was about the return of the web after the dot-com bust," he explains. "There won't be a Web 3.0 until everybody says, 'OK, the web died again,' and we rediscover it."

Although O'Reilly takes issue with the nomenclature, he does acknowledge — along with others who care deeply about the intersection of technology, teaching and learning — that the web is in the midst of an ­evolutionary cycle that's likely to spark profound changes in ­education.

There are common threads in their ­predictions: widely available videos as educational tools, the blending of the physical and digital worlds, and a web that's capable of applying context to its processes. Many of these advancements aren't new, but they're becoming increasingly ubiquitous and far-reaching, transforming existing processes and offering new insights into everything from health to marketing to learning.

EdTech recently spoke with three visionaries in ­technology and education to find out what's ahead and how it will affect educators. Changes in what's on the web and how it's used are just the beginning. 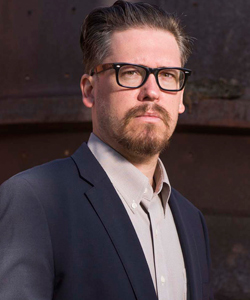 “I don’t know where exactly Web 3.0 is going to go,” says the Digital Harbor Foundation’s Shelly Blake-Plock. “But I do recognize that we’re going to see smarter computers and the digital and physical worlds merge in very real, practical ways.”

Shelly Blake-Plock is a co-executive director of the Digital Harbor Foundation, which works to spark technology entrepreneurship in Baltimore through education, and a faculty associate at the Johns Hopkins University School of Education. Follow him on Twitter at @BlakePlock.

EdTech: What do you envision for the future of the web?

Blake-Plock: The first is the ­development of a semantic web. Computers are [not good] at ­contextualizing. But there's no ­reason they couldn't be. Going ­forward into the semantic web, rather than searching for a word or category, we could search with a computer in a way that we would have a ­conversation with another human, albeit a human with the ­computational capacity of all of the networked computers in the world.

The second part is where semantic intelligent computing interacts with the physical world. We see that in ­technology today. Google Goggles allows you to scan the physical world and do instant visual analysis against everything on the web. We're talking about the future of everything from eyewear that allows for digital connection to smart clothing that tracks a patient's heart rate or blood pressure.

That leads to the third part, which is the alteration of physical space itself. Anything that has a transistor in it, that plugs in, that uses Wi-Fi all of a sudden becomes a data access point.

EdTech: How do you see this playing out in education?

Blake-Plock: For a generation, schools spent money on hardware and software, and the results didn't point to the idea that these technologies were demonstrably improving learning outcomes. Now, we have millions of kinds of devices that can access the Internet. So it's not necessarily that you have to buy one type and it equals educational technology. Eventually, all machines will be Internet-connected, and the "educational" piece will be in the way teachers use the digital world to foster learning.

Blake-Plock: Currently, the big growth industry as it relates to the Internet is data analysis. We've had 15 to 20 years of data about human interaction online. As we become more mobile, and our cars and the buildings around us become smarter and more connected to each other, we're going to have another flourish of data analysis. We'll have massive sample sizes of students learning live in adaptive technology formats that track everything they do and produce a big data analytic back end that can be verified, so we can say either this worked or it didn't.

Technology is going to be much more decentralized. But ironically, that decentralization will produce a massive amount of data that describes humanity in a way that people sitting in front of a computer never could. 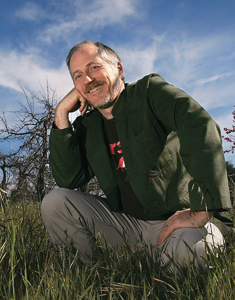 "It's kind of a red herring to introduce this idea that it's Web 3.0 or some new version of the web that's driving this innovation," says O'Reilly Media's Tim O'Reilly. "I would say it's more that the web, having disrupted media, is now looking for new targets of disruption and settled on education, which hasn't had a great deal of disruption of innovation in a long time."

Tim O'Reilly is the founder and CEO of O'Reilly Media, a producer of books, magazines, research and events on technology, including MAKE Magazine, which is largely credited with sparking the do-it-yourself movement. Follow him on Twitter at @timoreilly.

EdTech: What changes do you see that are most likely to affect education?

O'Reilly: The first is the rise of video as a learning medium — Stanford University's artificial intelligence classes, for example, or Khan Academy. That's a huge part of the revolution. We even had a MAKE Magazine summer camp that we carried out via a Google+ Hangout. The videos are an inversion of the learning paradigm, from one in which the teacher lectures in class and then assigns homework to one where the ­student watches the lecture at home and then does what used to be homework in class, which makes so much more sense. (For more on the flipped classroom model of instruction, see "Now & Later.")

In the old days, it really mattered what went on your résumé or what degrees you had. But increasingly, people are measured by the footprint they leave on the Internet. That whole notion of portfolio-based credentialing — you're showing your actual work — is a big part of how social media affects education. Schools need to say, "Our output isn't just the transcripts; it's a body of work."

Another great disruption is the fact that there are people who are going to say, "We can do all this for next to nothing." Sebastian Thrun of the Stanford AI class and his team at Udacity realized they can amortize costs across thousands of students and ultimately might be able to offer a computer science degree for as little as $500. Contrast that with the cost of a college education, and you see just how disruptive this could be.

EdTech: Do you think the job of ­educators will be different?

O'Reilly: Schools are going to have to catch up to what's happening in the real world. I think there's a real need for teachers to become conversant with new media, and IT is going to need to support the teachers who want to do citizen science, be part of an Internet project, make something with a free CAD/CAM program and ship it off to have it built somewhere. For example, we're part of a Defense Advanced Research Projects Agency grant to put Makerspaces in schools, which brings hands-on, digital design and fabrication to the classroom.

EdTech: So creating an online body of work is a dominant theme in the future?

O'Reilly: I think so. Another is ­finding more time for interaction. We need to shift education from a focus on consumption of content provided by the teachers to creation by the students.

Given that you have access to information about how to do things, education is much more project-based, much more just-in-time learning. In The Matrix, Trinity said, "I need to know how to fly this helicopter," and she downloaded the knowledge and got in the helicopter. That's obviously far-future science fiction, but it's a metaphor for the shift in learning. 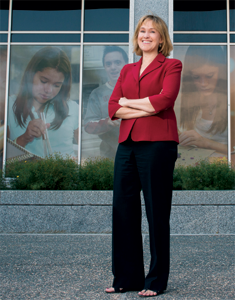 "The future of the web is incredibly participatory," says the U.S. Department of Education's Karen Cator. "As more people are able to tell their stories, publish their ideas and communicate without barriers, we will learn with and from all corners of the globe."

Karen Cator is the director of the U.S. Department of Education's Office of Educational Technology. Follow her on Twitter at @OfficeofEdTech.

EdTech: Do you anticipate major shifts in education due to the changing nature of the Internet?

Cator: The incredibly exciting thing that I see coming is a continuously improving opportunity for better and more personalized learning.

Cator: Good teachers have always involved students in complex projects. But in the past, it's been more ­difficult, with just the library down the hall and the teacher's knowledge to guide them. As personal and continuous access to a Web 3.0 environment becomes a reality, teachers will be able to develop engaging, interesting and more complex assignments that are supported by a variety of resources. Students can understand more about, say, backyard bugs by engaging with an entomologist online, or earn a digital badge as they demonstrate advanced search techniques.

EdTech: So a key shift is that students will be more engaged participants in their learning?

Cator: Yes, engaged and enabled. For example, college hasn't been attainable for people without the economic means or support system to get there. These new massive open online courses are in their infancy, but they ­ultimately could give people the opportunity to learn even if they can't attend college. Online study groups, improving algorithms for feedback on assignments, crowd-sourced explanations and more will continuously improve these free courses.

EdTech: So more students will have access to personalized learning. What will that mean for educators?

Cator: Teachers want to see students learn and succeed. These emerging tools will augment their ability to ­support their students.

Data from digital environments can give teachers incredibly valuable information about how each ­student is learning and progressing and an array of explanations that their students can use. Teachers also will be able to seek out assistance with problems of practice as they develop their own personal and ­connected professional learning networks.

Students, meanwhile, will develop more independence, freeing the teacher to tutor individuals, work with small groups and design collaborative ­interactions that were previously difficult because of the disconnected nature of the classroom.

The teaching profession, as a whole, will improve as new kinds of data provide new information about how people learn.

Take, for example, the field of mathematics. When you create a textbook, you start with addition, then move through subtraction, multiplication, division, fractions, decimals, percentages, and on through early algebra or early geometry. A book is designed to be a linear move through a course, so someone had to make decisions about what that line looks like.

With the Internet, students can begin to create ­personal roadmaps of their learning through ­mathematics, and as they progress and take different ­pathways, we will — looking at aggregate data across many, many learners — begin to understand much more about what kinds of pathways are helpful.