Jim Peterson (left) and Jason Radford collaborated with K–12 colleagues from around the state to develop the IlliniCloud. "We knew what we wanted to do and how we wanted to share resources," Peterson says, "but we didn't have the architecture. That's what Jason brought to the table."

With cash-strapped schools holding bake sales to buy classroom supplies and fund student programs, the concept of having state-of-the-art IT systems rivaling those of Fortune 500 companies might seem implausible. But a grassroots effort spearheaded by Bloomington Public Schools District 87 in Illinois is making the impossible possible.

That effort, dubbed the IlliniCloud, offers Illinois' 869 school districts access to virtual servers, online storage and high-speed network connectivity, along with cutting-edge applications and important IT services. Jim Peterson and Jason Radford, Bloomington Public Schools' director of technology and systems administrator, respectively, built the cloud infrastructure in collaboration with K-12 officials from around the state.

"We're all doing the same things," Peterson says of the IT processes that ultimately led to the IlliniCloud's development. "We're implementing student information systems, [Enterprise Resource Planning] applications and e-mail. Why should all the districts scramble for money every year to pay for these services when we could set up a cloud and pool our resources?"

Through the IlliniCloud nonprofit consortium launched two years ago, participating districts – as well as private and parochial K-12 schools – gain access to crucial resources they might not be able to afford otherwise. "The IlliniCloud is a collective effort," Radford says. "It's about equality, allowing small districts to have the same enterprise-level gear as large districts."

Notably, each school that joins the cloud can potentially cut its annual IT spending by 30 to 50 percent, freeing up money for other important educational needs, Peterson says.

Cloud computing has grown in popularity as schools and universities, government agencies and businesses seek ways to provide technology services more cost-effectively. Some are turning to the public cloud for hosted applications, such as e-mail. Others are taking advantage of virtualization to build their own private clouds, allowing IT departments to maintain full control of their infrastructure.

According to Thomas Bittman, a vice president and distinguished analyst for Gartner, the IlliniCloud is technically a "community cloud." In this variation of the private cloud, he explains, the cloud is shared among a group of organizations that have the same technology requirements (in this case, Illinois schools), rather than being managed and used by a single organization.

The community cloud is built through participating districts' IT investments and with the assistance of state and federal grants. But the effort is still in its infancy. Over the past year, IlliniCloud organizers have traveled the state championing the cloud's virtues, building out the infrastructure and ramping up services with proof-of-concept projects to demonstrate its capabilities.

So far, about 150 districts have joined, with early adopters using the IlliniCloud to back up their data or host critical applications. During the pilot phase, services were available at no cost to participants. But this year, the consortium is officially rolling out several services.

Disaster recovery (including server replication, data backup and recovery) came first. Organizers began testing the disaster recovery service on Feb. 1 and plan to start charging on July 1. "Once we determine what the costs are for us, we will give schools a price tag," Peterson says.

Through a self-service portal, districts can soon rent virtual machines (VMs) and storage. In this pay-as-you-go model, they can add or reduce computing resources as their requirements change, and they are charged only for the amount they use. This allows them to deploy applications and provision IT services quickly and affordably without having to buy and install the hardware themselves.

Illinois school district IT administrators have been talking about collaborating on technology services since the mid-1990s. In 2005, they even agreed on an "Illini Plan" that would share hardware and software resources to save on IT costs. But at the time, they didn't know how to make it happen.

Then two years ago, two converging forces – the maturation of virtualization software and the devastating budget cuts that many districts have endured during the recession – propelled the Illini Plan's proponents to create the IlliniCloud.

Over the next several months, the IT staff at Bloomington Public Schools, which has a stable IT budget, began implementing the latest data center technologies. With server virtualization, they consolidated and carved up their physical servers into many virtual servers. They also installed new storage technologies, including data deduplication, which eliminates duplicate copies of the same files and saves disk storage space. The new infrastructure gave Bloomington excess capacity that it could share with other school districts, Peterson says.

Peterson then tapped his statewide contacts to help build the rest of the cloud, assembling a core team that included state finance experts to help with funding, organizational leaders to help with the consortium's bylaws, and IT directors from districts in northern and southern Illinois. Today, the data centers owned and operated by DeKalb School District 428, Belleville Township High School District 201 and Bloomington Public Schools host the cloud infrastructure on which districts from around the state have come to rely.

Facilitating the effort are the Illinois Century Network, which provides a high-speed telecommunications network to state schools, libraries and government agencies, and the state's 15 Learning Technology Centers, which provide IT resources to school districts.

"We had three school districts that got together and realized that we could set up a cloud and share the excess capacity that we had," Peterson says.

Peeling Back the Layers

The cloud is standardized on Cisco's Unified Computing System (UCS), which includes Cisco blade servers, Cisco Nexus 7000 Series 10 Gigabit Ethernet switches and VMware vSphere virtualization software. UCS provides the convergence of data center equipment, which unifies historically separate local area networks and storage networks and reduces the number of network adapters, switches and cabling that are needed. "Having a simplified, converged architecture is huge," Radford says, because it makes it easier for administrators to manage the cloud and offer services.

Rounding out the cloud infrastructure are Fibre Channel storage arrays and enterprise-level network-attached storage equipment, which centralize storage and allow IT administrators to maximize storage capacity and more easily manage and back up data. The IlliniCloud also takes advantage of F5's Big-IP load-balancing equipment, which eases traffic congestion and improves reliability and stability; and F5's ARX storage virtualization equipment, which automates storage tiering in the cloud and eliminates the need for expensive Tier 1 storage by about 80 percent, Radford says.

In addition, the IlliniCloud team will install Juniper Networks 10 Gigabit Ethernet networking gear in the DeKalb data center to boost bandwidth. And in the future, as the IlliniCloud's membership expands, more district-owned data centers may join the mix.

Security is a priority because districts house sensitive student, staff and financial data, so data is encrypted. VMware vCloud Director management software, combined with the rest of the infrastructure, allows administrators to separate each district's software and data. "We're using next-generation, multitenant converged infrastructure," Radford says. "We can implement virtual data centers inside of it and logically separate them out, so the tenants are segregated and secure from each other."

Some of the F5 equipment in the IlliniCloud infrastructure came from CDW•G, but Peterson and Radford turned to the company primarily for its consultation services. They talked to several solution architects and visited CDW•G's data center in Madison, Wis., which provides managed services. During the site visit, they also spoke with CDW•G technology specialists about ensuring the IlliniCloud's reliability and security.

"CDW•G has a good set of networking and storage people who had great knowledge in areas we lacked," Radford says. "They gave us good guidance and served as a sounding board for us."

During the proof-of-concept phase, IlliniCloud organizers provided free services to districts once they paid a small annual membership fee based on their size. Peterson and Radford focused initially on delivering services to those districts with the greatest need. Among other things, the IlliniCloud hosted other districts' web servers, library management software, and student information and course management systems. It also provided test environments for district IT administrators.

The cloud infrastructure is currently running 150 VMs and has enough capacity to handle the IT workload of up to 400 districts. But without a large budget to work with, the core IlliniCloud team is ramping up services slowly.

Eventually they plan to offer enterprise applications as hosted software that districts can subscribe to and not have to install themselves. As budget allows, they also hope to launch a statewide data collection and data warehousing system that will improve operational efficiencies by allowing each district to integrate disparate school systems (including student enrollment and demographic data, grades and state test scores, and data from food service, transportation and special education systems).

In the meantime, the team is testing e-mail list servers, online file storage for teachers and students, and an open-source video-sharing system that allows teachers to record lectures and share them online. The IlliniCloud also is hosting Discovery Education videos, serving as a content delivery network that speeds the delivery of videos to Illinois schools.

Over the next three years, organizers hope to increase the IlliniCloud's membership from 150 to 400 districts. Peterson and Radford expect districts will opt in and out of the program as their technology needs grow and change over time. They believe the IlliniCloud will succeed because it provides schools with state-of-the-art IT resources that they couldn't otherwise afford, and because the cloud is specifically built for local schools.

Unlike public clouds, the data stored in the IlliniCloud will stay within the state – on a trusted, secure, internal network. Districts will always have complete control of their data, Radford says. "Schools trust us because we're a network of peers," he explains. "We won't try to raise rates and make money off the backs of schools." 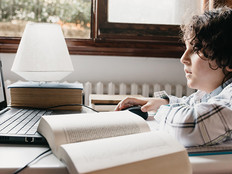 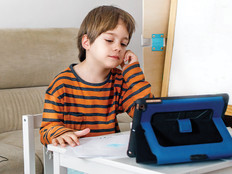