Many schools are incorporating cyberethics, cybersafety and cybersecurity into their curricula. Here's how.

Keeping young people out of trouble when they're online is a tough job, but Boston Public Schools (BPS) has a posse of super­heroes on duty to help protect students from the dark side of cyberspace.

Cyber Safety Heroes Amika, Copyright, Firewall and Shield sprung from the imaginations of two district high school students and a recent BPS graduate, who was in her first year of college and supervised the project. BPS hired the interns in summer 2006, with support from Microsoft, to develop educational materials that would help elementary and middle school students understand the security, safety and ethical issues involved in using the Internet.

"When [the interns] first suggested the idea of creating the characters, I stressed that I needed superheroes on my desk in five weeks," says Felicia Vargas, director of TechBoston, a technology unit that supports the district's 135 schools. "I was a little nervous about the short time they had, but when they unveiled the Cyber Safety Heroes in their final week, we were amazed and delighted."

The superheroes personify BPS' Cyber Safety Campaign, a forward-thinking online safety and citizenship program that teaches its K–8 students core concepts about cyberbullying, intellectual property, cybersecurity and personal safety (bpscybersafety.org). The high school interns involved in the characters' creation served as BPS' first Cyber Safety Mentors and have been succeeded each year since by a new group of students who are trained to share the campaign's lessons and resources with younger learners.

These efforts place Boston at the forefront of a movement by school districts around the country to address the safety and behavior of their students online by developing customized materials specifically tailored to these topics.

Despite federal legislation and a growing number of state mandates requiring cybersafety training, the perceived need for such programming far exceeds the number of programs in place. More than 90 percent of 1,600 IT coordinators, administrators and teachers surveyed by the National Cyber Security Alliance (NCSA) for the 2010 study, "The State of K–12 Cyberethics, Cybersafety and Cybersecurity Curriculum in the United States," said cyberethics, cybersafety and cybersecurity should be taught in their classrooms. And yet just 35 percent of surveyed teachers reported that their districts required it.

78%
The percentage of teachers surveyed by the National Cyber Security Alliance who said they had received six hours or less of cyberethics, cybersafety and cybersecurity training in the past 12 months

A primary reason for that gap is the lack of consensus on what should be taught and how, says Michael Kaiser, NCSA's executive director. School districts have responded to issues emerging from the online realm in an ad hoc way that often depends on the interests of a specific teacher or is a response to a crisis, he says.

"There hasn't been agreement in the past that these topics are important to young people or on how they should be included in the curriculum, so some schools are doing better than others," Kaiser says. "The digital world needs to be integrated into the curriculum as a whole."

Even when administrators and teachers understand what students need to know to be safe online (see "Basic Training for Cybercitizens," below), tight budgets and lean staffs can hold back a school's implementation of a cybersafety curriculum.

Successful cybercitizenship programs, such as those operated by school districts in Boston, Baltimore County, Md., San Antonio and Seattle overcome those barriers in various ways. Officials from these districts say their strategies include adapting the abundance of curriculum resources already available online; developing clear acceptable-use policies; maximizing the involvement of teachers, parents and the community in cybersafety and ethics issues; and emphasizing that digital citizenship opens the door to countless opportunities for learning and fun on the Internet.

No Need to Reinvent the Curriculum

Thanks, in large part, to the research skills of Miguel Guhlin and his colleagues, all teachers in the San Antonio Independent School District's 91 schools now have access to the district's Be Cyber Safe! online cybersafety and digital citizenship training program. Ninety-two percent of the teachers have completed the training and presented the curriculum to their students. To create the program last year, San Antonio ISD relied heavily on learning software and pre-existing curriculum materials, thereby saving the resources-strapped district time and money.

@EdTech
Looking for resources to help your school or district develop a cyberspace curriculum? Visit edtechmag.com/k12/cyber410 for details.

"We borrowed liberally, and honestly, we couldn't do it without online resources," says Guhlin, San Antonio ISD's director of instructional technology and learning services. "My best advice to people trying to build programs like these is to investigate all the free resources available."

The wealth of materials that address online safety, security and ethics issues streamlines the process for any school system trying to put a program in place and creates a comfort level for teachers, says NCSA's Kaiser.

"Start by finding out what's out there and what's being done, and then do some professional development," he says. "Teachers say they want to learn what their peers have done."

Last spring, Boston Public Schools initiated an overhaul of its acceptable- use policy (AUP) and how the policy was presented to students. A new anti-bullying law in Massachusetts helped spark the effort, but the revision addresses other problems as well.

"Student AUPs generally are dreadful, and ours fit the pattern," TechBoston's Vargas says. "It wasn't specific on what behaviors really were [and weren't] acceptable. We rewrote the policy, emphasizing the individual student's responsibility to act appropriately, and created versions in grade level–specific language. We also recorded podcasts and videos to get the message across, and our Cyber Safety Mentors even wrote a rap song."

Students need to know exactly what's expected of them in every school context, including online, says Glenda Myrick, coordinator of the Office of Safe and Drug-Free Schools for Baltimore County Public Schools (BCPS). The district's telecommunications policy covers issues ranging from respecting intellectual property to bullying and harassment, and is a prominent part of the BCPS student handbook.

"Online safety is built into our rules and curriculum, and is presented to students at every level," Myrick says. "Each school has a tech liaison who makes sure that issues such as Internet ethics are given attention."

In 1999, the Benton Foundation, which promotes the use of media and telecommunications for the public good, presented BCPS with an award recognizing the district's efforts to involve parents in keeping students safe online. The award indicates how long the district has been addressing cybersafety issues and its approach to them. Partnering with parents is only one aspect of BCPS' work to involve both the school community and the community at large in cybersafety and ethics issues.

"It's a collaborative effort of all the stakeholders – from students, teachers and parents to librarians and social workers to the police officers who go into classrooms to talk about ethics online," Myrick says. "We want everyone to be aware that what happens at home and in the community spills over into the schools, and vice versa."

Cybersafety issues must be part of an ongoing conversation students have with the adults in their lives, agrees Mike Donlin, the lead architect of the anti-cyberbullying curriculum used by Seattle Public Schools (SPS).

"Everyone has to be made aware that the rules don't change online: Cyberbullying is bullying," says Donlin, who was with SPS but is now an educational consultant. "But they also have to be aware of the differences. Some of the risks are significantly different. Targets have no safe haven and are vulnerable 24x7; nasty remarks can spread in a heartbeat, and they never go away."

Seattle Public Schools is committed to a comprehensive approach to safety and security issues, rather than treating the online world separately, says Celia Arriaga, an SPS program specialist/trainer for drug, alcohol and violence prevention. An important goal is educating as many students, teachers and parents as possible about the dangers of cyberbullying and similar problems, she says.

"Once teachers become aware of the safety issue, they become more proactive," Arriaga says. "We want teachers and parents to know how to work with kids around any bullying issue, cyber or otherwise."

Focusing on the risks of life online for young people shouldn't blind educators, parents and policymakers to the rewards – and the inevitability – of the Internet, says San Antonio ISD's Guhlin. Teaching K–12 students how to be safe and secure and to behave ethically online allows them to explore an almost unlimited landscape of information and communication.

"Technology exists to lock down the Internet, and in some districts, Internet access is locked down tighter than it is in China," Guhlin says, adding that he's speaking for himself and not his district. "But how can we foster freedom and democracy if we don't give kids the power to make choices and teach them to act appropriately?"

The web's appeal to students often lies in the power and freedom they feel as they skillfully navigate an environment that's usually less familiar to their teachers and parents, Donlin says. "The worst thing they can think of is losing access," he explains. "We have to teach them to make responsible choices."

According to NCSA's Kaiser, the most fundamental mistake districts make as they develop cyberprograms is misjudging the scope of the project. "These are not technology lessons," he says. "They're life lessons."

While cybersafety and citizenship programs will necessarily differ among districts, some essential components should be part of any school curriculum, says Michael Kaiser, executive director of the National Cyber Security Alliance. 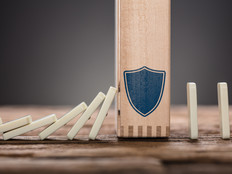