School officials in these small Pennsylvania towns refused to let their size hinder them from creating an effective — and profitable — cyberschool.

Parent Jennifer Kelley’s first reaction to the cyberschool concept was a negative one. “From everything I had heard, it was for children who had gotten into trouble, children who couldn’t leave their homes to attend school,” she says. She wasn’t alone — even educators themselves in this western Pennsylvania region were leery of the educational quality online schooling offered.

But when her 16-year-old daughter announced she was quitting high school, Kelley felt caught between a rock and a hard place. Her Philipsburg Osceola Area School District’s cyberschool stood out as the best choice, and the mom learned that “I was totally wrong.”

That’s because administrators at Philipsburg Osceola refused to take a cookie-cutter approach to the new school. They desperately wanted to combat the financial drain from rising dropout rates while also finding a better way to reach reluctant students like Kelley’s daughter. So officials built a cyberschool from scratch. In the process, they not only created an affordable option that addressed both challenges in one fell swoop, but also found solutions that addressed a variety of educational needs.

“We had to pull ourselves from the trenches and try to save money by working smarter, not harder. It was all about being cost-effective,” says Patrick Hockey, the Pennsylvania district’s technology administrator and the cyberschool principal. Here are the steps school district officials took to achieve this goal.

Philipsburg Osceola is a small, rural school district with just 2,125 students enrolled in kindergarten through 12th grade. The state funds the district at approximately $8,000 per student. When 52 students left to attend charter cyberschools outside its boundaries and almost 100 others simply dropped out, officials found themselves scrambling to make up for the missing funds. The financial loss was one key factor behind the school district’s $5 million budget deficit in 2005.

“Students drop out for a multitude of reasons,” says superintendent Charles Young. “They are bored, disengaged; they feel that they’re [not] getting ahead in life by this avenue and that the grass is greener somewhere else. Adding up all those things, it really comes down to our needing to give students opportunities to excel and build their strengths.”

The teachers’ union raised concerns that moving classes online would endanger educators’ jobs. Administrators squirmed over educational quality issues: Would a cyberschool be able to offer a mapped and sequenced curriculum as the brick-and-mortar experience does?

In addition, competition was a very real factor. “There are so many cyber charter schools, and even though we are a public school, we have to think like a business,” says Hockey. “We don’t want to compete with other programs. We are only trying to give our students options to keep them in our district and [enable them to] graduate with a diploma.”

So in the end, the school principals and central office staff agreed on a way to address each of the three key issues: They offered a cyberschool that ensured jobs for teachers, kept funding in place and offered remote kids an educational option.

Hockey wanted accountability and consistency built into every fiber of Philipsburg Osceola’s cyberschool. For example, if the online option wasn’t working, a student could transfer back to a physical seat in the classroom without missing a beat. Yet, thanks to the budget deficit, the district couldn’t afford to dedicate a teacher on the other end of the computer to communicate and teach courses in real time. The students learn the material from a software program and then ask questions and can then interact with a live teacher during set study hours, scheduled after regular school hours. This way teachers just stay two hours longer at their desk to address the cyberstudents.

The district used online instructional software to complete the task. With this system, students are able to log on any time of the day to work through the lessons. However, the district’s school board policy requires students to be in a learning environment three hours a day before they are considered “present,” which is why Hockey encourages students to allot 45 minutes to one hour logged in to each course from Monday through Thursday. A staff secretary takes attendance and tracks how much time students spend at the keyboard; she calls students and parents if they are a no-show.

Students who don’t understand the lessons may opt for tutoring during the set after-school hours: Monday is devoted to math questions, Tuesday to science, Wednesday to social studies and Thursday to English. The school district pays classroom teachers a contracted wage for these additional two hours.

Each Friday, cyberschool students and their parents report to the central office to meet with Hockey and go over progress monitoring. “It does take more time and resources, but it makes it much more effective because students have an opportunity to adjust what they need. It’s constant goal-setting,” he explains. “And we have to devote a lot of time and effort to mapping our curriculum so that what is being taught with instructional software is appropriate.”

The Philipsburg Osceola Area School District provides desktop computers to each of its cyberstudents — basically, it recycles refurbished desktops previously headed for a storage closet or the dump — but parents are responsible for Internet access. Otherwise, the school district could open itself to inappropriate-use issues, Hockey notes.

Kelley certainly didn’t see it as a hurdle. She merely called her phone provider and upgraded to Digital Subscriber Line service. “It’s the best move we’ve ever made,” she says. “We get up in the morning, Jessica goes into her room to do her schooling and I don’t see her until the evening.”

Kelley’s daughter Jessica Kopchik agrees. She’s currently studying geometry, biology, English and history, and she’s on track to graduate in two years. Her grades have gone up tremendously since she left the traditional classroom experience. “It’s a lot better than at the high school,” she says. “This way is much easier to learn.” She may even take summer classes to get her diploma sooner.

When tire-kicking his educational software choices, Hockey took into account vendors’ training and professional development offers for his staff. He also negotiated how many licenses they would support for the fee; Philipsburg Osceola initially enrolled eight students, and today the school teaches 35 full-time students. And he hired an information technology professional to oversee the daily operations. “You could probably get a program for a district our size up and running in a pilot program for $20,000 to $25,000,” he says. Pennsylvania’s state funding formula means that it took only three cyberschool enrollees to cover those costs.

Today, Hockey’s school has grown beyond its initial course work, and he hopes to make it a profitable venture for the school district. The district is exploring alternative education programs as well as acceleration classes for gifted kids. “If I have a third-grade student whose tests say he should be taking algebra, I can keep him in the same classroom with his peers instead of shifting him over to the junior high,” explains Hockey. “He just pulls out a laptop computer and does algebra when everyone else is doing third-grade math.”

So far, the district’s cyberschool has reduced the number of students leaving for cybercompetitors by 60 percent, and at the beginning of the 2007–2008 school year, Philipsburg Osceola could boast that it was $30,000 in the black.

“You have to think outside the box and figure out what is in your community’s interest,” Young notes. “Take a chance — look at different ways you can offer classes through distance learning. There are no boundaries.”

From Red to Black

By reaching 35 full-time students with its cyberschool, Philipsburg Osceola Area School District increased its state reimbursement by more than $250,000.

After one year, the district’s cyberschool has reduced the number of students leaving for cybercompetitors by 60 percent, and at the beginning of the 2007–2008 school year, Philipsburg Osceola could boast about being $30,000 in the black.

Distance Learning Through the Ages

Patrick Hockey hit several dead ends in his quest to discover the most effective way to take daily attendance at the Philipsburg Osceola Area School District cyberschool. “It was a headache,” says the technology administrator and principal.

Eventually the district settled on having a software program report how much time a student spends online — information his secretary transfers to a Microsoft Excel spreadsheet listing students and their courses. If the total hours for each enrollee don’t divide to 45 minutes per class per day, she’s on the phone to find out why.

Rebekah Richards, vice president of academic affairs and principal of The American Academy, a cyber high school in Salt Lake City, Utah, has an even bigger problem. Her school has struggled with how to authenticate a student’s identity on final exams — a requirement for most accredited schools. She teamed up with a third-party online secure-testing company to provide proof using biometric data such as keystroke signatures. She also uses webcams to monitor students while they take tests from the convenience of their own homes versus asking the students to report to a physical building.

Unequal distribution of reliable, high-speed Internet connectivity was a problem for Lisa McClure, director of iQ Academy (a distance-learning company based in Portland, Ore.) in its startup phase. That’s why her staff blended high bandwidth and lower bandwidth technologies into iQ’s curriculum and made sure students had multiple opportunities to interact with teachers and peers in both online and face-to-face settings. This strategy at least means “we have been able to maintain a quality experience for all of our students,” McClure says. 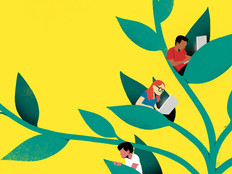 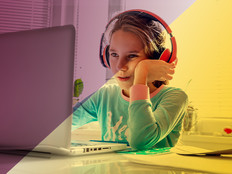