In some districts, technology immersion is mandated from above with administrators selecting instructional tools. In others, a few technophiles emerge and manage to work magic with limited budgets and legacy equipment. But occasionally, a few determined teachers incite a technology revolution, garnering the support and equipment to infuse technology throughout an entire staff.

That’s exactly what happened in Oregon’s Culver Elementary School. Fed up with outdated computers and a dearth of professional development, fifth-grade teacher Rebecca Brouillard and her fourth-grade colleague, Katrina Latham, devised a plan. In 2004, the pair approached school principal Stefanie Garber with a Hewlett-Packard Technology for Teaching grant application. When Garber approved the concept, the pair started brainstorming.

The Culver duo eventually settled on tweaking the school’s science curriculum, using the Internet as the cornerstone of learning. The vision — Culver’s Amazing Science Expedition — was pure revolution. Armed with current technology, teachers would be transformed into facilitators. They would act as guides while students participated in virtual field trips to investigate science content. An astronomy unit, for example, begins with a virtual visit to NASA, where fifth-graders interview astronauts about the space program. Assessment is equally tech-driven as students create Web sites peppered with digital movies, podcasts and PowerPoint presentations.

HP and ISTE constantly update teachers with resources and ideas, says Brouillard, making it efficient for teachers to locate online resources that dovetail with the district’s science curriculum. A districtwide $169,000 federal Title IID grant multiplied the impact of the first grant. The federal Technology Enhancement in Curriculum grant focused on professional development and provided options for every level of tech facility. Novices explored Microsoft Word, while more experienced teachers learned how to build Web sites and create online tests.

The combined impact is electric, says Garber. Collaboration among teachers and learners is at an all-time high. For example, when kindergarten students study animal habitats, a fifth-grade student team preps the computers, launching the correct Web sites, and travels to the various virtual locales with the younger students. At each “stop,” fifth-graders help their travel companions write down a new fact to earn a passport stamp from the teacher. Tablet PCs provide an ideal form factor for learning, says Garber. They not only allow mobile exploration but also can be turned into a notebook, so kids can practice writing their names or can draw a picture to illustrate new knowledge.

The approach is working. The school has seen the following results among fifth-graders:

One essential tech infusion consideration is its impact on IT infrastructure and resources. Culver’s project was self-contained, says IT Director Jay Patrick, who works in the district office rather than at the building level. “I’ve been minimally involved; it is a teacher-led project.” One drawback of the teacher-led approach is that occasionally a problem arises beyond the know-how of teaching staff. In those cases, Patrick handles the issue, but a fix can take two days or longer because Patrick is offsite, says Garber.

The other IT issue relates to increased Internet traffic, which can lead to delays. In 2006, the district upgraded from 10-megabit to 100-megabit Cisco switches, partially to accommodate the increased traffic generated by students’ virtual jet-setting.

After Culver’s first grant, tech fever spread as teachers witnessed the students’ enthusiasm and engagement. Excitement grew, and the school decided to apply for a $56,000 HP Leadership Grant. Once again, the school was rewarded for its initiative and received funding to purchase 15 HP tablet PCs and an HP ProCurve Networking Wireless Access Point 420. Equipment counts, but the lasting impact of the year-two grant may be the leadership training.

Culver (Ore.) School District No. 4 is far from a tech novice. In 1996, the small district seemed ahead of the curve when it passed a bond that included equipping its new elementary and middle schools with four computers per classroom plus Internet access, televisions and VCRs in every classroom. “But … there was no training or professional development,” recalls principal Stefanie Garber.

The computers aged, broke down and became obsolete. The technology leader had been transformed into a dinosaur in less than a decade.

This phenomenon is not uncommon. “Schools that adopt technology for technology’s sake without teacher training or curriculum development tend to have a low adoption rate,” says Sidney Espinosa, HP’s director of philanthropy programs. Schools can avoid the obsolescence trap and boost adoption by developing a plan that employs technology to transform the learn-ing experience and improve student success, he adds. 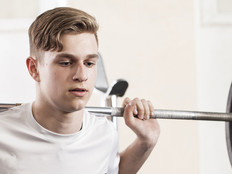