Safe Zone
Choose security options that are right for your school.

In mid-October, four spent shotgun shells were discovered in a restroom wastebasket at a school for kindergarteners and first- and second-graders in Mars, Pa. But do schools really want to run kids that age through metal detectors each morning?

“Security is often equated with equipment such as metal detectors, surveillance cameras, police and security officers, and other physical, tangible measures,” says Kenneth Trump, president of National School Safety and Security Services, a nationwide school safety consulting firm in Cleveland. “Parents, the media and others often call for metal detectors after high-profile violence in schools. We have to remember that prisons also have metal detectors, prisoner and visitor searches, and the most restrictive, punitive environments. Yet prisons still experience incidents of drugs, sexual assault, weapons, gangs and even murder. When security equipment is used in schools, it must be viewed as a supplement to — but not a substitute for — a more comprehensive school safety program.”

Lake Central High School in St. John, Ind., rejected metal detectors as impractical after estimating that screening its 2,859 students each morning would take more than an hour and cost $250,000 for equipment alone. Also, two security guards would be needed at each of the school’s entrances.

Nonetheless, Durham Public School District in Durham, N.C., introduced metal detectors to middle schools in the 2005–2006 school year. The technology has helped security teams find guns, knives and brass knuckles. The number of weapons identified at the schools increased from 133 in 2004–2005 to 160 last year, while incidents of crime and violent acts or offenses dropped from 293 to 286.

Security is also a high priority at Cherry Creek School District in suburban Denver. But metal detectors are not an option for the district’s largest schools. “Metal detectors are practical only in smaller, mostly older schools with few points of entry,” says Rick Collier, executive director of facilities support for Cherry Creek. “We have 3,900 students enrolled in Cherry Creek High School,” one of six district high schools and the largest high school in the state. “Can you imagine the lines if we tried to screen every one of them each day as they move from building to building? Plus, there are dozens of entrances to buildings spread all over our campus. The cost of covering all of them [with metal detectors] would be enormous.”

Instead, Cherry Creek uses technology to leverage the resources of Collier’s security team, educators, police and emergency responders. Thanks to a bond issue approved by voters in 2003, the district has spent $3.75 million on security enhancements.

Cherry Creek’s physical security plan emphasizes access control, surveillance and communications. Card access door locks protect entrances in all buildings. More than 800 digital video cameras monitor the hallways and grounds of the district’s 63 K–12 schools. Digital video recorders have replaced VHS tape, storing a minimum of two weeks’ worth of video that can be searched much more efficiently than tape. The higher resolution of digital video is an improvement over the grainy tape images.

“The cameras are Web-based, so you don’t have to be in a building to watch video,” Collier says. “That is great from a police perspective. On burglar alarms we can activate and pan cameras from outside, so emergency responders can tell what’s going on before they enter the building. Is it an intruder or the cleaning crew? That helps them make an appropriate response.”

As budgets slowly permit, school buses also are getting video cameras, “which help dramatically with behavior,” he says. Cherry Creek plans to add a Global Positioning System application to track the whereabouts of each bus in real time.

The district also joined the statewide digital radio network, which lets schools communicate with emergency responders via digital radios on a private channel.

“The lesson learned from Columbine is that communication is key,” Collier says. During that school tragedy, incompatible radio systems hampered coordination of police from several jurisdictions, and people inside the school could not tell responders what was happening.

“We’re now the largest user in the state, with over 500 digital radios in schools and on buses,” Collier says. The radios provide more flexible and seamless day-to-day communications than cell phones or analog walkie-talkies. “In an emergency, administrators can switch to emergency responder channels to coordinate response and evacuations.”

Parents, too, must be apprised of events during an emergency. To avert panic and the convergence of mobs that can hinder emergency responders, schools are turning to emergency notification systems that can convey hundreds of messages per second to whatever communication channels parents prefer.

The number includes 1.2 million thefts and 740,000 violent crimes, including 150,000 instances of serious violent crimes: rape, sexual assault, robbery and aggravated assault. These students, according to NCES, are more likely to become victims of theft at school than away from school, while the reverse was true of violent crimes.

Many schools still use 15-year-old Parent-Link software to automatically broadcast messages to one telephone number, an adequate method for nonemergency notifications such as absences and appointment reminders. Modern systems accommodate multiple voice phone numbers, e-mail addresses and even cell phone text messaging to reach parents as quickly as possible with information.

Such a system “allows rapid alerts to people who may have to react to lockdowns and keeps parents well informed,” says Bob Lewis, a security officer with the
San Juan Unified School District in Carmichael, Calif.

The district also is developing digital maps of its facilities, using a geographic information system. Campus layouts, building floor plans, evacuation routes, fire hose connectors, alarm stations and other location-critical information to which emergency responders need instant access is documented in the GIS database that can be accessed from mobile computers. San Juan paid for it through a $929,000 grant from the U.S. Education Department.

“The system gives you an inventory of all this information that school people know but outside agencies don’t,” Lewis says. Although there have been no emergencies since the system came online in late 2005, “mock drills have gone well. There was a marked improvement in response times. We also learned where our weaknesses are, such as evacuation routes we may have to change.”

Some security measures are mandated by legislation. Florida’s “Jessica’s Law,” inspired by the 2005 murder of 9-year-old Jessica Lunsford by a registered sex offender, requires schools to screen virtually all visitors against state and federal sex offender registries. Wisconsin has a similar law, and versions of it are being passed in many other states.

The nation’s sixth largest school district, Broward County Public Schools in Florida, is complying with “Jessica’s Law” by installing a visitor management system at its 241 sites. Each $8,700 workstation takes a photo of a visitor and runs a quick check against names and aliases in the sex offender registries of Florida and the U.S. Justice Department.

If no tentative match is found, the system creates temporary identification in 30 seconds or less so that visitors can go about their business. A match triggers a more thorough search of all states’ sex offender registries, and a positive ID launches a districtwide alert to administrators and security personnel.

“The system is an added level of security for our school,” says Reginald Browne, a gang prevention and youth services coordinator with Broward County Public Schools. “We believe there should be a holistic approach to school security, involving parents, employees, staff, training, physical access controls and technology.”

Surveillance cameras: provide deterrent effect that adds investigative value and can replace human bus monitors and give preview for response planning but do not stop intrusions or activity

RFID & GPS: track who goes where and help locate missing persons, but cannot deter or record behavior, and are intrusive

Visitor management systems: identify people who should be denied entry and are faster, more reliable and informative than paper sign-ins as well as offer additional applications, but are expensive and can ID undesirables only after they are in the building 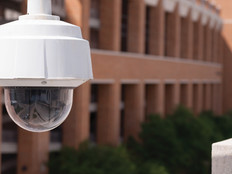