The average snowfall in 60 percent of New York state is more than 70 inches every year. Rochester alone averages nearly 100 inches annually, more than any other major city in the U.S. Buffalo is not far behind. For the nearly 20 million people who call the state home, snow can greatly disrupt daily life — shutting down schools, making roads impossible to travel and causing power outages. Early warnings can be critical for preparedness in New York, which is why it’s no surprise that the University at Albany Atmospheric Sciences Research Center has dedicated itself to that task.

ASRC’s efforts have recently received a significant boost courtesy of the National Science Foundation, the government agency dedicated to nonmedical research in the fields of science and engineering. The foundation has created a $20 million project called the Institute for Research on Trustworthy AI in Weather, Climate and Coastal Oceanography, led by the University of Oklahoma and involving seven schools, including the University at Albany.

MORE ON EDTECH: Learn about the ethical frameworks for AI in higher education.

For the project, the university has been awarded a five-year, $2.4 million grant to further advance actionable AI-enabled weather predictions to provide preparedness support to utilities, transportation and snow clearing services, and more. It will aim to do so, in part, by leveraging existing resources. For example, its xCITE (ExTREME Collaboration, Innovation & Technology) laboratory offers data and visual analytics that make weather information easier to see and understand. There’s also the university’s Center of Excellence in Weather & Climate Analytics, a hub for climate and weather researchers engaged in various applications. 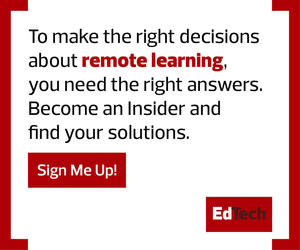 Above all, it’s the New York State Mesonet that may prove most useful for the project. The network is made up of 126 weather stations across the state capable of generating the kind of granular, real-time weather data that’s ideal for AI. Applying machine learning to the data will help develop and advance forecasting possibilities. For example, the use of standard weather tracking information — temperature, barometric pressure, wind speed — can help monitor and create better models to anticipate developing snowstorms or chart their path.

RELATED: See what’s in store for AI in higher education.

The hope is to enable groups like power providers and the state’s Department of Transportation to have real-time data that can help them do their jobs better. Snowplows could be at the ready to clear roads sooner, school closures could be announced in advance and utility crews could be set up and waiting to leap into action.

For cities that come to a standstill due to snowfall, these measures could go a long way toward making long, cold winters just a little more tolerable.