When the University of Maine System allocated $4.7 million to modernize roughly one-third of its 900 teaching spaces, members of the classroom technology team had their work cut out for them.

With “active learning” a new concept for many UMS faculty, staff had to not only tackle a technology upgrade — centered on a move from hardware videoconferencing to software web conferencing — but also a cultural shift.

Director of Classroom Technology Angela Cook and Project Manager Karen Walsh, both of both of the University of Maine System, and Executive Director of Classroom and End User Technology Lauren Dubois of UMS discussed their strategy on Wednesday at the UB Tech Conference in Orlando, Fla., in a presentation titled “To Zoom or Not to Zoom.”

Faculty complaints about existing classroom technology (or the lack thereof) precipitated the upgrade. And Maine, with a number of remote campuses in rural areas, needed high-quality conferencing that could connect learners and instructors across the state.

With seven campuses and 19 locations, the team set out to assess hundreds of classrooms in a three-month period.

They wanted to get input from faculty, students and administrators, and they had to complete the upgrades over a three-year period, during summer months and winter breaks, Walsh said.

They also had to ensure faculty were prepared to shift their pedagogy from a lecture-style approach to one that embraces the flexibility, student-centered learning and two-way communication of active learning.

“We are facing a culture change because we now are coming into those campuses and trying to get them to accept the classroom team, use uniform and standard installations and follow our recommendations, while also allowing for innovation because each one of them does things differently,” Dubois said.

The team’s first step was to create a rubric to objectively evaluate classrooms, Cook said. They identified 43 characteristics in six categories and rated each on a scale of 1 to 4, covering everything from existing technology to floors and ceilings.

Their findings weren’t good, but they did confirm that the improvements were on the right track, she said. Most classrooms scored 2.8 or lower, with only 16 scoring higher than a 3.

“Most of our campuses did poorly in functionality and accessibility,” Cook said.

Accessibility problems included excess furniture and a lack of assistive listening devices, while functionality issues included the actual performance of in-room technology systems and the way instructors interacted with them.

Key to the effort, Cook said, was to get feedback from those who actually used the rooms. Staff learned that many instructors wanted better web conferencing to bring in guest lecturers and to enable remote students to attend class when they couldn’t be there in person (during Maine’s infamous winters, for example).

Web conferencing also would make it possible for students in remote areas to connect with each other and with faculty, making it more likely they would take advantage of advising and other services.

The team engaged faculty via surveys, and students through focus groups, Walsh said. Instructional designers helped the team understand the unique culture of each campus and faculty members’ teaching styles.

Vendors held walkthroughs to demonstrate potential solutions, and faculty had a chance to weigh in by touring a mock active-learning space and reviewing furniture samples.

MORE FROM EDTECH: Check out these seven tips on how to bring active learning to higher education.

Ultimately, all of that input went a long way toward helping the team select a solution, Zoom, that would meet faculty needs. In addition to web conferencing, UMS outfitted classrooms with flexible furniture on wheels, new screens and video cameras, acoustical tiles, carpet and paint, Cook said.

“Early in the project, we started to identify standards for each of our classrooms,” she said. Because university classrooms vary in size and use, they created a four-tiered system to allow for both consistency and flexibility.

With the project complete, both faculty and students have praised the increase in connectivity, Dubois said.

“One of the best pieces of feedback we got is they love to be able to connect to fellow students,” particularly those who live hours away from each other, she said. “They feel much more connected to campus because of that.”

And just to make sure the investment continues to pay off, instructional designers check in with faculty to make sure they are using the rooms as intended and not reverting back to lectures.

“Having the instructional designer folks at the table on this project has helped immensely because they helped to communicate with faculty,” Cook said. 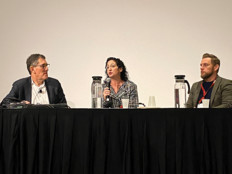 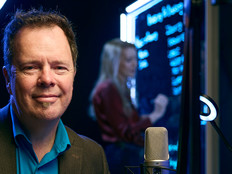 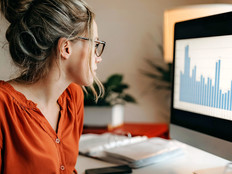