As Wi-Fi demand continues to ramp up, campus IT staff will need all the help they can get to optimize performance. One promising solution is a cognitive network, also known as a smart or self-aware network.

These leverage the cloud, data analytics, machine learning and artificial intelligence to determine performance baselines, track activity and identify problems — all of which could dramatically expedite troubleshooting.

“Managing networks in higher education has always been somewhat difficult, both in residence halls and in academic and administrative buildings,” says Daniel Boyd, senior network architect at Berry College in Georgia.

Increasingly, an abundance of devices (many unauthorized) is hampering not only performance, but also security. Such issues will likely become more common and more complex as the Internet of Things becomes embedded in campus life. In all these cases, a big contributor to IT management headaches is a lack of visibility and control into the network, Boyd says.

Basic automation, which lets network engineers issue a command and propagate it across the network, is a first step toward intelligent networking. On campus, as students connect personal devices and as the cloud and IoT exert more influence, augmenting automation with better visibility is an asset for operators that are losing control of what is connected to the network, says Zeus Kerravala, the founder and principal analyst of ZK Research.

Cognitive networks — so called because they can learn, predict and improve performance, security and user experiences — help IT staff resolve issues by providing real-time mitigation.

“Predictive algorithms should detect that if traffic patterns continue to move this way, there will be a problem,” Kerravala says. Such algorithms prepare the way for AI tools that will alert staff of pending network problems and ultimately adjust on the fly.

So much data is coming into the network — aggregated from different nodes and requiring storage elasticity and high compute power — and all of it must be studied as part of machine learning. That way, for example, the network will understand when applications are hitting suboptimal performance. Cloud-based environments, unlike many on-premises data centers, are better suited to handle that volume, says Kerravala.

“The cloud makes it easier to do that kind of centralized control,” he says. “It becomes a necessity when we start applying machine learning and artificial intelligence to network operations to be able to make better decisions.”

Although it may be a few years before AI capabilities are fully deployed in Wi-Fi environments, many IT pros are eager for the journey to start.

“Artificial intelligence applied to networking in higher education has the potential to assist our staff with identifying issues and maximizing network performance on our campus,” says Laurie Fox, an assistant director and the manager for educational technology at the State University of New York at Geneseo.

Particularly for institutions with small networking staffs, the advantage of using AI to reduce response and resolution time is significant, Fox says.

“We want a network where, when things aren’t performing well, it fixes itself,” Kerravala says. 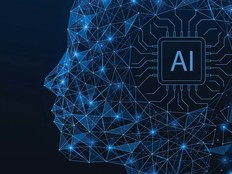