As the CIO role continues to evolve, many IT leaders are looking toward the future and bracing themselves for dramatic transformation. Artificial intelligence, the Internet of Things and cybersecurity top the list of factors driving change in this profession, according to a Gartner survey of more than 3,000 CIOs. And by “change,” of course, I mean an unprecedented array of challenges and opportunities.

Nearly all of Gartner’s respondents (95 percent) expect disruptive technologies to exert significant influence on their jobs and 84 percent say their work already extends beyond traditional IT, namely in the areas of innovation and transformation. The trend holds in higher education, where many CIOs now have a voice in strategic planning.

Andy Rowsell-Jones, Gartner vice president and distinguished analyst, suggests this shift will continue in a press release: “While delivery is still a part of the job, much greater emphasis is being placed on attaining a far broader set of business objectives.”

In concert with these expanded responsibilities, CIOs also told Gartner that they anticipate being called upon to serve as “change leaders.” Indeed, managing change is all too familiar to most leaders on campus. To that end, the ability to help stakeholders understand the role of technology and to help institutions navigate tech initiatives successfully is one of the most valuable skills a CIO can possess.

IT Leaders Must Have IoT Skill Sets

In higher education, IoT applications already include wayfinding beacons, building sensors and smart parking — and these are just the beginning. CIOs who hope to serve as the resident expert on these matters, and who want to develop teams capable of leading the charge, would do well to educate themselves about the role of IoT in digital transformation strategies. Eventually, CIOs are likely to find that they need to augment the skill sets in their departments.

Bill McCabe, CEO of IT recruiting firm SoftNet Search Partners, tells CIO magazine that employers are already on the lookout for qualified IoT hires. These positions aren’t limited to tech fields, either; McCabe points to companies ranging from Cisco Systems to Petco. While many of these jobs call for conventional training (think development, programming and engineering), McCabe says the big prize is an IoT expert who understands all aspects of IoT technology, from hardware and networking to AI and analytics.

Such a candidate might be a “unicorn” today, but that won’t be true forever. In fact, Northeastern University and Florida International University recently debuted degrees in IoT, and Stanford’s Center for Professional Development offers an IoT certificate.

What does this mean for CIOs? Not only does it add a new wrinkle to personnel management, it may also affect the way CIOs manage their own careers. CIOs who “get” the IoT — the level of disruption it represents, together with related risks and rewards — will be extremely valuable as institutions seek to figure out what the IoT means for them. In that respect, deep technical experience with the IoT may be less important than the ability to see and convey to stakeholders how these solutions can support strategic objectives.

A team from the SLAC National Accelerator Laboratory at Stanford University has argued that the IoT puts CIOs at a pivotal crossroads. CIOs who fail to embrace the IoT may find themselves marginalized by it. On some campuses, chief data officers have already moved into C-level suites. Will a Chief IoT Officer be next? Some experts think so.

For those who embrace this new paradigm, the IoT is an opportunity to demonstrate leadership and innovation. Savvy CIOs can help their institutions leverage new capabilities to solve problems and achieve desired outcomes. From this perspective, the IoT is incredibly exciting: both pragmatic and visionary, powered by technology and limited only by the imagination. CIOs who understand the big picture of digital transformation — and have the ability to facilitate partnerships and lead others on the journey — will be invaluable. 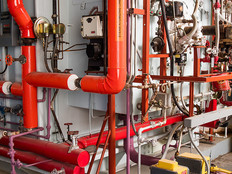 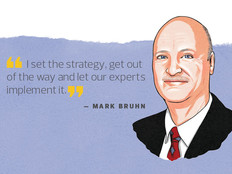 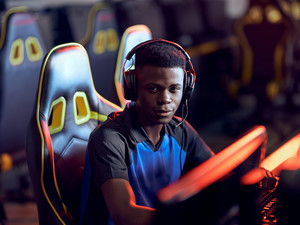 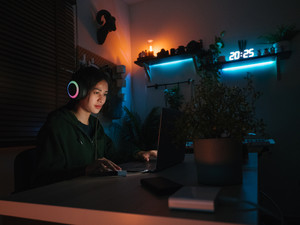