The Internet of Things is burgeoning, and experts predict it may flourish first in higher education. The influx of students’ consumer devices, combined with smart infrastructure and connected classrooms, suggests the campus of the future will be humming with IoT activity.

It’s an exciting proposition, but bringing it to fruition depends on advances in a technology that dates back more than 200 years: the battery.

“Today, learning requires a computer to be available 24/7,” says Pedro Ferreira, assistant professor of information systems at Carnegie Mellon University. “Very quickly, it will also require IoT devices to stay on 24/7, and those who are unable to get access to better battery technology may be left out of the revolution that IoT is likely to bring to higher education.”

Researchers at the University of California, Irvine are among those working to advance battery technology in the service of increasing digital device lifespan. In partnership with the University of Maryland’s Nanostructures for Electrical Energy Storage (NEES), UCI researchers found a way to use nanowires — highly conductive, but fragile — in lithium-ion batteries without the cracking that normally occurs after repeated charging and discharging.

The researchers’ discovery: Coating a gold nanowire in a manganese dioxide shell and encasing the assembly in a Polymethyl methacrylate gel electrolyte kept these filaments from fracturing. What’s more, this preserved their energy capacity, even after 200,000 cycles.

That means a nanowire-based battery electrode could have a lifespan significantly longer than what’s currently on the market.

“The degradation and failure of electrode material in batteries is a huge issue,” says Sang Bok Lee, a professor of chemistry and biochemistry at the University of Maryland and deputy director of the NEES Energy Frontier Research Center. “From the scientific point of view, the most important finding of this research is finding the right additive — this polymer-like gel — that can hold the electrode materials.”

A long-cycle energy source can be “a breakthrough to use for smart devices that you don’t want to recharge or replace very often,” Lee says. On campuses, that could include a host of IoT devices and connected infrastructure, such as beacons, utility systems, parking garages, lab equipment and databases.

Extending the life of smart devices will be critical to IoT achieving full capacity, in both society and higher education. In this new landscape, Ferreira says, “sensors and communication will be ubiquitous and entrenched at very deep levels of the societal fabric. The pervasiveness of sensors will provide ever more data, and this will likely change the nature of teaching and learning toward more experimental avenues.”

At UCI and elsewhere, recent progress in battery technology has been significant, and Ferreira notes that continued progress will be crucial to the education sector’s ability to ensure a 24/7 link as IoT devices connect to the cloud to provide data and query for results. As an example, he points to the way that location-based applications drain battery power quickly from smartphones.

Extending battery life may be particularly crucial for the education sector, where students, staff, faculty and researchers use smart devices around the clock.

“Students and teachers are likely to use IoT devices and apps for teaching and learning at any time during the day, any day during the week,” Ferreira says. “Knowledge development, discovery and sharing are not really on/off tasks that one starts and stops easily and often. We are constantly learning, and we need IoT devices on 24/7 to support that.” 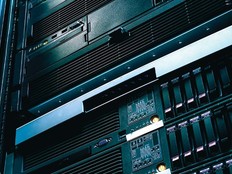