As a host of social and financial pressures reshape higher education, institutions will increasingly be forced to defend their performance and, in some cases, their high tuition, Louisiana State University President F. King Alexander predicted in the panel “On the Leading Edge of Higher Education Innovation” at EDUCAUSE 2016. In turn, that will put more emphasis on data-driven outcomes reporting for all institutions, he said.

Alexander shared the stage on Wednesday with author Jeffrey Selingo, whose books include College (Un)Bound: The Future of Higher Education and What It Means for Students.

Alexander also argued that the recent recession has led parents to be much more discriminating about the value of a college investment, particularly when they are considering private institutions with comparatively high tuition.

“I believe the era of ‘trust us, we’re worth it’ is over,” Alexander said. That shift has given technology an even bigger role to play: “We’re in the business of justifying what we do, and data is absolutely essentially for that justification.”

According to Alexander, IT staff also have an important role to play in helping college and university presidents assess and understand the performance of their institutions — essentially answering the question, “How well are your graduates doing, and how can you prove that?”

As data analytics matures, Selingo said, institutions may be on the cusp of figuring out better ways to evaluate the quality of teaching and learning.

Alexander agreed, saying that conversations about academic performance and faculty variance in retention rates need to happen not only among deans and senior leaders, but also at the departmental level. “These are questions we need to be asking at our own campuses,” he said. 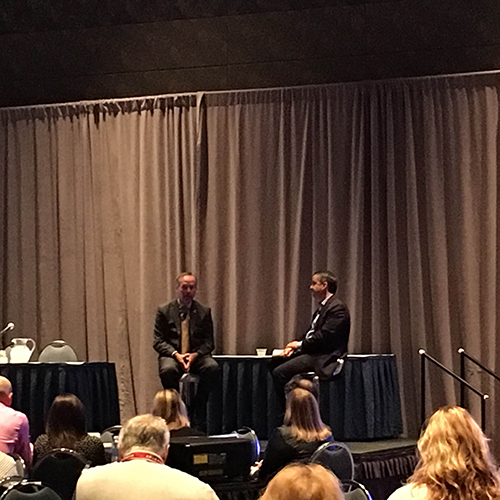 Selingo noted that many CIOs aim to be seen more as strategic partners and less as simply “the tech person” on their campuses. “How can technology and technology leaders be seen as more of a critical cog? How can they prove their value?” he asked.

Alexander’s recommendation is for CIOs to be proactive and to “arm your president with data that’s useful.”

Such data is useful both outside the institution, when advocating for public funding, and also internally, when addressing student performance and retention. For example, Alexander said, data analysis has enabled LSU to more accurately identify students who are likely to struggle in their courses and then reach out to them for intervention.

The looming issue of student loan default makes such interventions a critical service for institutions to provide, the speakers said.

About 12 million U.S. students in their 20s have some college credit, but have not completed their studies to obtain a degree, Selingo said. “This is a huge human capital issue, because having some college credit and no degree is essentially like having a high school diploma,” he said. He also noted that although 70 percent of high school graduates go to college, only about half of them finish.

Those students, Alexander pointed out, are the ones whose lifetime earnings capacity will be significantly lower than their college-educated peers. And, he said, the U.S. has a large number of young adults without a college degree compared with other countries, reversing a trend among older Americans, who hold college degrees at a higher rate than older adults in other countries.

In response to a question from the audience about faculty attitudes toward new kinds of instructional technology, Alexander said he believes their response has remained fairly consistent over time. In general, he said, he believes about one-third of faculty tend to resist change completely, another third willingly adopt new ideas, and the final third watch and see how the adoption goes before they decide whether to participate.

“I’m optimistic,” Alexander said. “I think if you can get two-thirds of your faculty moving in that innovative direction … and talking about the data, I think you’ve been very successful. There will always be those who will stay with what they’ve done, but I think there are fewer and fewer. Our younger professors are already used to using technology in the classroom.”

That combination of instructor demographics and student expectations means that over time, technology adoption rates will increase naturally, Selingo added. 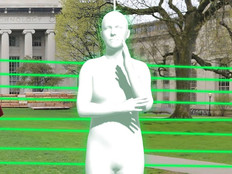 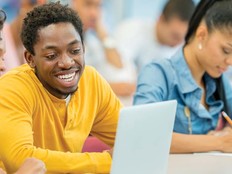