We see it on the horizon, if not already overhead, in business and healthcare, government and education — the cloud. For developers, the cloud has been a boon as Platform as a Service (PaaS) offerings provide a flexible framework for building applications, while Infrastructure as a Service (IaaS) allows IT departments to virtualize computing resources and data centers. In the higher education market, however, a sizable portion of cloud deployments are Software as a Service (SaaS) offerings, such as hosted email and productivity apps.

From a student perspective, cloud-based note-taking applications like Evernote have transformed the way users gather, analyze and learn information. Launched in 2008, the app saves notes, photos, audio clips and web links in the cloud and automatically syncs across devices. Syncing is a boon for students, who bring on average seven Internet-connected devices to campus.

With Evernote and Google Drive now offering a beta version of an integrated service for Android devices and the Chrome browser, Evernote is poised to become an even more prominent application for college students.

It is at the enterprise level, however, that higher education institutions can realize some of the cloud’s greatest gains. In the SaaS realm, one of the major players is Google, and many educators have embraced Google Apps for Education as a key tool of instruction.

Instructors like that they can use Google Apps for Education without extensive training. What’s more, it changes the way they teach. According to Rochelle, faculty love the ability to collaborate with students in a document, the core feature of Google’s SaaS offerings.

“For educators, that didn’t just become something that made them productive; they felt it made them better teachers because of the immediate feedback to students,” says Rochelle.

In addition, the time that faculty save through an improved workflow is time they can dedicate to engaging directly with students or enhancing their lesson planning, rather than managing stacks of papers, says Rochelle.

Although Google Apps for Education has proven popular in primary and secondary education, universities derive particular benefit from its integration with mobile technologies. “You can use any device with our products and be very effective,” says Rochelle.

“For years, we thought, ‘Well, nobody will ever use a spreadsheet on their phone, or write a paper on their phone.’ We’re finding out that’s actually not true at all,” Rochelle says. “The apps are good enough and the phones — ironically, I might say — are big enough that it’s useful and meaningful.”

Microsoft’s Office 365 Education is another attractive SaaS offering, and with the rollout of Microsoft Classroom this September, it will likely grow in popularity.

OneNote, Microsoft’s note-taking and note-sharing tool, has been particularly well-received, according to a Microsoft spokesperson. OneNote Class Notebooks let instructors create interactive, multimedia lessons and share them easily with students. Instructors can embed quizzes into lecture materials, and students can provide feedback to professors through the application, too.

On an administrative level, staff can use OneNote as a tool for collaborative planning and communication.

According to Microsoft, most adopters of Office 365 Education have been in the K-12 market to date. However, as the service matures, higher education markets may begin to consider it as an alternative to Google Apps for Education.

For institutions that are evaluating cloud application services providers, the choice between Google and Microsoft can be difficult. The offerings appear superficially similar and provide much of the same functionality: word processing, slideshows, spreadsheets, classroom management, video conferencing and collaboration-friendly storage.

According to Gartner analyst Jeffrey Mann, the key component to consider in selecting a provider is what fits best with a college’s personality.

“Companies going to Google are looking for a different way of providing these services that is designed for the web. They aren’t necessarily afraid of disruption,” he says. “Those going for Microsoft want the change that the cloud brings, but not too much. They also value continuity for end users and administrators.”

A third SaaS offering comes from Adobe: Adobe Creative Cloud. With more than 20 apps, including premier software products like Photoshop and Illustrator, Creative Cloud offers a different range of functionality than either Google Apps for Education or Microsoft Office 365 Education. Like both, Adobe Creative Cloud is accessible from a variety of platforms.

"We recognize that students and teachers — and the workforce — increasingly use mobile tools for tasks they previously have done on the desktop,” says Johann Zimmern, head of Adobe’s worldwide education division.

“We are already starting to see how students are adopting new creative and collaborative workflows, which start with ad hoc ideation on a smartphone, include iterations on tablet computers and receive final touch-ups on the full desktop application for either Windows or Mac,” Zimmern says.

In addition, Adobe Creative Cloud pairs well with cloud-based storage solutions like Box, which institutions can roll out enterprisewide to keep data both secure and accessible.

These are just some of the comprehensive suites of cloud-based software solutions offered, and the options available for higher education users will continue to grow. Already, according to the 2016 EDUCAUSE Core Data Service Almanac, 76 percent of U.S. institutions are using SaaS for data center services, 63 percent for student email and 39 percent for customer relationship management. 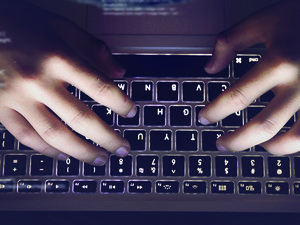