In scientific research, as in basketball, there can only be one MVP, and computer-assisted analysis now tells us who that is: the aptly named Michael I. Jordan.

According to an article in the journal Science, academic search engine Semantic Scholar combed through millions of journals and academic papers before identifying the University of California, Berkeley, professor as the world’s most influential computer scientist.

"He's known as the Michael Jordan of machine learning," AI2 director Oren Etzioni teased, in his interview with Science.

The comparison is old news to Jordan.

“The joke has been made by various people at various times,” he says.

What is new, however, is the methodology behind the Semantic Scholar rankings. The free tool, created by the Allen Institute for Artificial Intelligence (AI2) last November, relies on machine learning to go beyond the traditional “citation-counting” metrics used in academic research. The Science article explains why the old method needed a reboot, anyway:

Not all citations are created equal — for instance, being cited as the inspiration for an entire paper is very different than a brief mention in its methods section. So the raw count can paint a misleading portrait of a scientist’s impact. And researchers complain that traditional citation-based metrics have helped create a "publish or perish" mentality, pressuring them to spit out papers as quickly as possible, regardless of the importance of the findings, in the hopes of racking up citations.

Noting these failings, AI2 built Semantic Scholar to look past the citation count alone and instead focus on the rate, context and newness of the citations, reports the journal Communications.

Top-ranked Jordan, for instance, racked up 1,294 “highly influential citations” and an average of 9,420 citations per year over the last three years, not to mention an overall citation count of 87,266.

The academic tool also generates “influence maps” that show where researchers gain their inspiration and whom they, in turn, influence. Jordan says he recognizes all the names from his map and likes that Semantic Scholar calls attention to the many tangled connections that are present within the scientific community.

Jordan's influence map even features some of his former students. Image: Semantic Scholar

“It’s a network of people that have all the little pieces of perspectives of ideas, and the network is in some sense responsible for the growth of the field,” Jordan says.

And although Jordan believes that Semantic Scholar will need to demonstrate sustainability before researchers put total trust in its rankings, he is rooting for the AI2 team.

“I hope their approach really wins out,” he says. 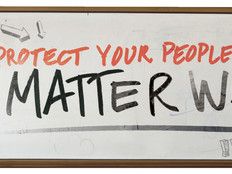