Could a $300 million investment by Intel help mend a lack of women in the technology industry?

Speaking at the Consumer Electronics Show 2015 Tuesday in Las Vegas, Intel's CEO Brian Krzanich announced its Diversity in Technology initiative. The five-year plan will invest $300 million in math-based education and programs to help employ more women and minorities in the technology sector and the video game industry, according to Reuters.

"We're calling on our industry to again make the seemingly impossible possible by making a commitment to real change and clarity in our goals," said Krzanich in a news release. "Without a workforce that more closely mirrors the population, we are missing opportunities, including not understanding and designing for our own customers."

The company plans to expand its involvement with K–12 programs in underserved areas and computer science and engineering programs at higher education institutions, including minority-serving institutions, according to the release.

The goal of the initiative is to reach "full representation of women and minorities in Intel's workforce by 2020," Reuters reports.

Other Silicon Valley companies, such as Google and Microsoft, have also invested in attempts to turn the tide on the gender gap.

Google is helping to fund Made with Code, an initiative designed to interest more middle and high school girls in learning to code. The company said it would dedicate $50 million over the next three years to the initiative, along with key partners such as Girl Scouts of the USA and Girls Inc.

Microsoft has a similar approach through its Big Dream Movement, created to attract more women to careers in science, technology, engineering and mathematics. Named after a documentary that chronicles the lives of seven women seeking to pursue STEM careers, the initiative aims to connect girls with organizations, academia and resources to help them on their journeys. Microsoft also hosted a women's hackathon in 2014. 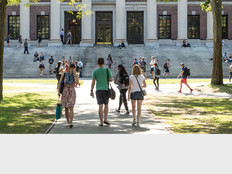