Despite the precautions and products available to help IT departments curb data security risks, there are frequent accounts in the news of major data breaches involving higher education. How can institutions better manage risk?

The answer lies in focusing on managing data risk, not IT risk. Institutions have long known the basics of IT risk mitigation — installing patches, configuring operating systems and applications securely, implementing access control. Those fundamental principles have not changed. What has changed is the attackers' focus on gaining unauthorized access to sensitive data. That is not meant to imply that general IT risk mitigation is not important — by all means, institutions still need to apply patches and do all those other fundamental security activities — but they must also carefully consider the threats against sensitive data and perform risk management activities specific to protecting that data from unauthorized access.

The per capita cost of data breaches involving 1,000 to 100,000 records in higher education

For identifying sensitive data stored in cloud environments, it may be possible to get a partial picture automatically through cloud use analysis services or products, which monitor and report all cloud activity involving an institution's users and systems. While that will not produce an inventory of sensitive data in cloud environments, at minimum it will indicate which cloud services are in use and by whom so that further investigation can be conducted.

Most institutions already have an information security plan, but it may not adequately take the security of sensitive data into account. At a minimum, any plan should define a scheme for information classification based on the sensitivity of the data — for instance, labeling it confidential, internal or public — so that the institution can define security policies and procedures corresponding to those classifications. The plan also should list any laws or any other regulations — such as the Health Insurance Portability and Accountability Act (HIPAA), the Payment Card Industry Data Security Standards (PCI DSS) or the Family Educational Rights and Privacy Act (FERPA) — to which some or much of an institution's data are subject.

It is important to update the institution's incident response plan to address proper response in the case of a sensitive data breach. Educational records, financial information and health records are all considered highly sensitive. Of course, it is also important to be technically prepared to handle such breaches: Conduct forensic analysis to determine the scope of the breach and correct exploited vulnerabilities to ensure that they are not taken advantage of again. It is just as important for the institution as a whole to be prepared from an organizational perspective. Be ready to compose notification messages and distribute them to the affected parties (faculty and staff, students, alumni, patients, etc.) in a timely manner, and offer protective compensation, such as credit monitoring services for financial information breaches. Far too often, institutions that suffer sensitive data breaches are criticized for a slow response; adequate incident response planning can speed response time.

Institutions should also consider storing all sensitive data centrally (on servers), not locally, making the data much easier to safeguard by keeping it off end-user devices, where most institutional risk lies. Finally, strong access control and authentication (preferably multifactor) are needed to ensure that only authorized personnel are granted access to sensitive data in the first place. 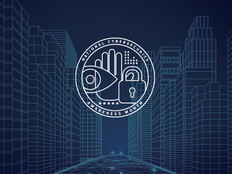