IBM and the City University of New York (CUNY) are teaming up for a competition that challenges students to discover new ways of using Watson's cognitive computing horsepower to improve education and public service.

Watson is the code name for IBM's cognitive computing system. The thinking computer made a name for itself as a contestant on Jeopardy in 2011 by defeating some of the quiz show's human former champions.

IBM developed Watson to be capable of human interaction and is now helping the computer spread its wings into a versatile platform. In August, IBM unveiled the Watson Discovery Advisor, a cloud-based analytical tool capable of finding new connections among an array of research papers.

Now, IBM is tapping the minds of students to help develop new avenues of thought for Watson by hosting the Watson Case Competition for CUNY students. Enterprising students will be tasked with exploring ways that Watson’s brainpower can be applied to improve higher education and the delivery of public services in New York City, according to eWeek.

Teams will work throughout the fall semester to achieve development milestones before the three top-scoring teams are awarded cash prizes of $5,000, $3,000 and $2,000.

Competitions like these are one way that IBM has been making Watson a big name on campuses across the country. In 2013, 25 teams of students at the University of Southern California were given 48 hours to develop practical applications for Watson's thinking power and present their final products to a panel of judges.

IBM also has given seven technical colleges an opportunity to learn from the cognitive computer by incorporating Watson into their curricula.

"By putting Watson in the hands of tomorrow’s innovators, we are unleashing the creativity of the academic community into a fast-growing ecosystem of partners who are building transformative cognitive computing applications,” said Michael Rhodin, the senior vice president of IBM Watson Group, in a news release. "This is how we will make cognitive the new standard of computing across the globe." 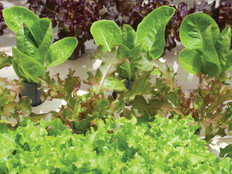 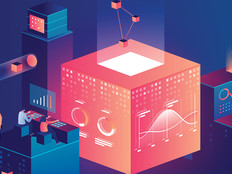