Google is taking its latest Chromebook notebooks on a higher education tour this fall.

Twelve universities will get visits over the next month from the Chromebook Lending Library, a roving kiosk from which students can rent a lightweight notebook for a few days. Five universities have already participated.

"The Lending Library is a bit like your traditional library, but instead of books, we're letting students borrow Chromebooks (no library card needed)," according to an official Google blog post release. "Students can use a Chromebook during the week for life on campus — whether it’s in class, during an all-nighter, or browsing the Internet in their dorm."

The initiative also has served as a giveaway for the devices. One student tweeted an image of himself holding a notebook he won in a drawing.

#ChromebookforCollege #TXST thank you so much!! Free laptops are always a good thing! @googlechrome pic.twitter.com/CkqyU5m8Qa

Chromebooks have proved popular among K–12 school district leaders seeking an affordable, one-to-one solution for their school networks. In 2013, the devices accounted for nearly a quarter of all notebook sales.

Google’s notebooks have yet to make similar waves in the higher education market, but the lending library could turn the tide. 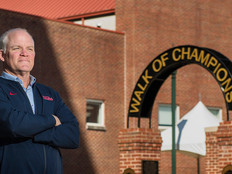 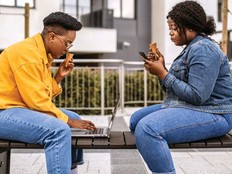 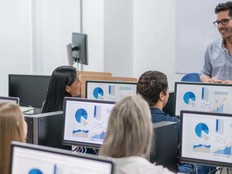