Mobile computing has taken over. The higher education community already knows that, but Adobe’s recent report, The State of Mobile Benchmark, uncovered some amazing statistics about the stunning growth of tablets, the true impact of smarthphone proliferation and the future of digital content.

The study goes into great detail and offers suggestions for how any organization with a web presence can act on the report’s findings. Here are a few key takeaways that are particularly pertinent to higher education:

It only took three years for tablets to drive more traffic than smartphones. 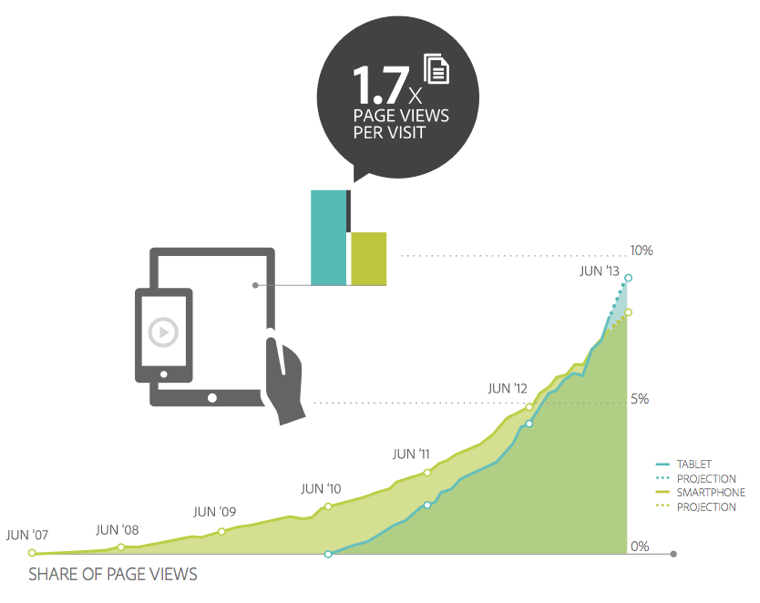 Well, that didn’t take long. Steve Jobs announced the iPad in 2010, and the computing landscape hasn’t been the same since. Just as smartphones seemed poised to dominate mobile computing for the foreseeable future, tablets disrupted an already unsettled technology environment.

Tablets are now driving more traffic web traffic than smartphones. This means that tablet users are more engaged and active on their devices. According to Adobe, “Internet users view 70% more pages per visit when browsing on a tablet vs. a smartphone.” That’s an impressive number and a strong indicator that colleges should be preparing tablet-friendly experiences for their websites and course materials. Tablets handle desktop websites better than smartphones and don’t always require apps to offer students and faculty advanced functionality. Responsive HTML5 websites will go a long way toward satisfying tablet users on campus. 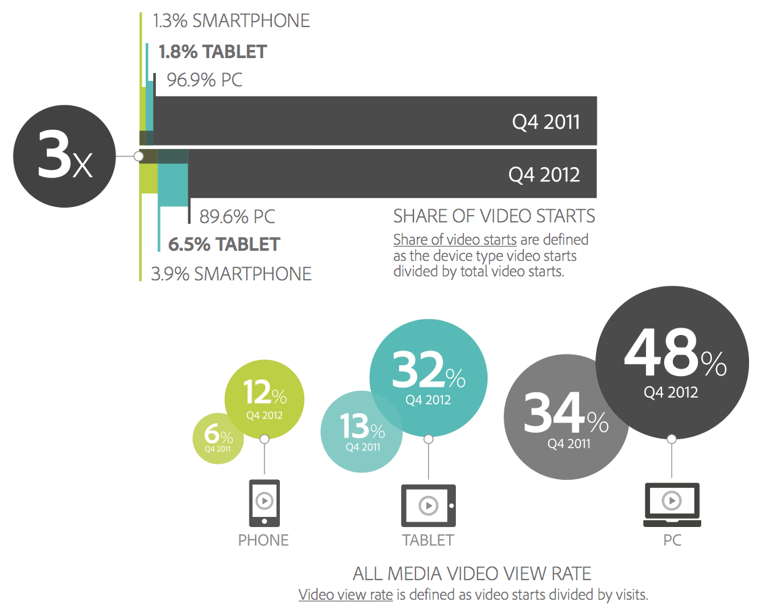 Online educators might see a correlation in the popularity of massive open online courses (MOOCs) for the same period. As the general population, especially college-age students, has become more engaged with technology, MOOCs have found a platform for growth. While it is unlikely that the growth of MOOCs has affected mobile-device adoption, it is likely that MOOCs have grown larger and faster because of mobile technology. In the future, more students — especially in developing countries, where mobile phones are often the only Internet-enabled devices — will access MOOCs and other digital content on smartphones and tablets. 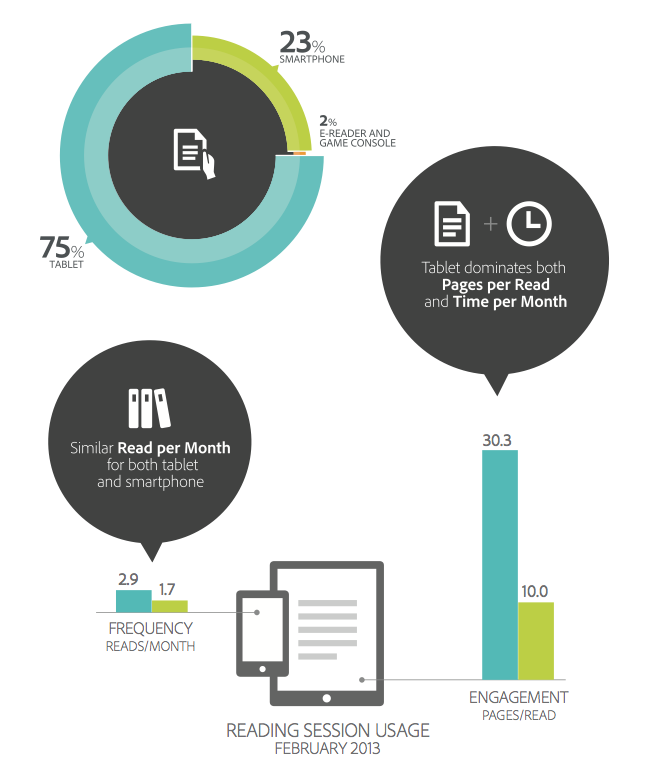 Assuming that reading preferences extend beyond digital magazines, it’s fair to predict that college students will prefer to read e-textbooks on tablets rather than on notebooks or smartphones. E-textbook adoption, however, has been mixed. Digital content makes sense for students in terms of cost, but it raises issues with device accessibility. If a professor requires an e-textbook, is the college obligated to make the devices available? Paper textbooks are still mainstream, but colleges should be prepared to make the move to digital in the next few years.