College IT staffs need look no further than the campus quad to confirm the rise in media tablet use on campus, a trend that goes hand in hand with a decline in PC use. Market research firm Gartner recently confirmed that PC use is receding, noting that worldwide shipments of traditional PCs declined in the first three months of 2011, according to its report, "Preliminary PC Market Results, Worldwide, 1Q11." The 1.1 percent drop in the first quarter was a surprise to many industry experts, following an earlier forecast of 3 percent growth for this period. Many experts, including Mikako Kitagawa, principal analyst at Gartner, have concluded that some of this decline can be attributed to consumers turning to media tablets.

Ed-Tech Around the Globe

Technology's role in education has gone global, which is welcome news for universities looking to expand their international presence. In a recent survey of 500 education administrators and IT decision-makers in 14 countries, 85 percent responded that they see technology playing a "large role" in how students learn. The survey, commissioned by Cisco Systems and conducted by Clarus Research Group, also found that 65 percent of higher education respondents believe that online international programs are a "major opportunity" for them, resulting in improved learning opportunities thanks to a more diverse mix of faculty, student and expert viewpoints.

Guidance in the Cloud

Higher education is helping set the standard for cloud computing. North Carolina State University and Ohio State University are among the colleges participating in a new group, the Cloud Standards Customer Council, organized to promote open cloud standards. The CSCC, connected to the Object Management Group, will promote cloud interoperability in areas such as security, data and application interoperability and portability, governance and management, and metering and monitoring. It will also work to develop resources available to the public, including white papers; standards roadmaps; and feedback on reference architectures, implementations and product direction.

Wake Forest University was recently named one of the grant recipients of the Next Generation Learning Challenges' Wave 1 initiative. Wake Forest's grant was awarded for its cloud-based BioBook project, the first e-text that seamlessly blends existing and new content from other institutions with locally created multimedia, text or assessments. As students use BioBook, real-time analytics and assessment data are sent to their instructor, offering a clear picture of how students are progressing with the material. NGLC, directed by EDUCAUSE and funded by the Bill and Melinda Gates Foundation and The William and Flora Hewlett Foundation, was created to find solutions to the barriers to educational innovation and tap the potential of technology to improve education by investing in promising learning technologies. 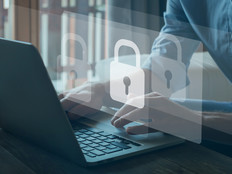