Michael Hicks isn't satisfied with his plan to furnish every Paine College classroom with the latest educational technologies. He wants to launch a one-to-one notebook program, offer online courses and even use social media as education tools. And he's doing it for one reason: Today's texting, tweeting and YouTubing students want and expect technology.

Institutions such as Paine College in Augusta, Ga., are investing heavily in classroom technologies because their future depends on it. Giving students hands-on access to technology offers them the tech skills they'll need to succeed in their careers. It also can give the colleges a competitive edge when it comes to recruiting and retaining students.

“If you don't keep pace with technology, the students will go to another university,” says Hicks, Paine's director of information technology services. “Paine College's vision is to be a premiere liberal arts institution of higher education in the region. I want to make sure we can attract and retain students and make sure they can compete globally when they graduate.”

In fact, 93 percent of current high school students say campus technology is an important factor when choosing a college, according to the 2010 CDW-G 21st Century Campus Report, a survey of students, professors and IT professionals in higher education.

The survey found that an increasing number of colleges are building 21st century classrooms with interactive whiteboards and student response systems, which allow professors to deliver interactive, multimedia-rich presentations.

Institutions are also adopting new technology tools outside the regular classroom, such as virtual learning, online collaboration software, online textbooks and other digital content – tools that empower students and faculty to personalize and expand the learning experience. Professors are even embracing technologies that students use in their personal lives, such as blogs and social networking, and incorporating them into their coursework.

However, students, faculty and IT administrators see a lack of knowledge about technology among their professors and budget constraints as the biggest challenges to classroom technology integration. Universities need to invest more in professional development to help faculty use technology to its full potential, the survey says. In addition, nearly half of those surveyed (roughly 44 percent) say they need to improve or upgrade their IT infrastructure to meet campus technology needs.

Paine College has a strategic plan over the next several years to increase its student body from 900 to 1,100 students – and upgrading the college's technology is a big part of that strategy.

Since Hicks arrived nearly two years ago, he improved the college's IT infrastructure by installing Wi-Fi throughout the campus and increasing bandwidth through its ISP. Now he is focused on upgrading and increasing the technology in the classrooms. All classrooms have been upgraded with new computers with Windows 7 software. The next steps are to replace end-of-life projectors and document cameras.

First, Hicks purchased new Lenovo desktop computers for every classroom. Now he's planning to equip each classroom with a standard set of technologies that includes interactive whiteboards, student response systems, projectors and high-tech podiums with touchpads that let faculty easily switch from one device to another.

“I want to take our technology to the next level and allow faculty to use 21st century technology as a teaching tool,” he says.

In addition, a Qwizdom Presenter Tablet lets professors control their applications and even annotate or write on their presentations without being tethered to a computer. “It gives professors more mobility,” Hicks says. “They are not confined to the podium.”

Hicks is also beginning to make high-definition video conferencing and recorded class lectures available. The college has three LifeSize high-definition video conferencing systems, including a mobile unit in the school's largest lecture hall, which allow off-campus speakers to communicate live with students. Hicks has installed a mobile video conferencing unit in four locations: the president's conference room, the lecture hall, the student center and Candler Memorial Library. The technology makes it possible for students who miss class or want to review a lecture to watch it online.

Paine College plans to offer online courses taught by the university's professors to attract students locally, regionally and ultimately, globally. And within the next year or two, Hicks wants to launch a one-to-one student notebook program. Standardizing on notebooks will serve three purposes: With its buying power, the college can negotiate a good price and make the notebooks affordable to students; it will ensure that every student will have a computer; and finally, because standardization saves time and simplifies help-desk support, the IT department can afford to offer free tech support for student computers.

Hicks is also working to increase online collaboration between students and faculty. Professors are already using a chat feature with students on the college's learning management system, and Hicks will soon test to see how faculty and students can communicate over Facebook and Twitter. The CDW-G survey found that 64 percent of students use social media to connect with classmates to study or work on class assignments, and another 27 percent use social media to communicate with faculty.

“In talking with faculty, we want to reach the students in as many ways as possible,” he says. “It's important for faculty and students to collaborate.”

For Viterbo University in La Crosse, Wis., creating a 21st century classroom environment is a constant work in progress.

About a decade ago, the Catholic Franciscan liberal arts college began equipping its classrooms with technology. At first, a projector, a custom-built podium and a computer were installed. Each year, as budget allowed, the university populated the technology into additional classrooms until 2007, when all 65 classrooms had a standard set of technology.

“We would slowly add the technology to more classrooms every year. And now that they all have it, it's just a matter of adding additional pieces of technology over time,” says Chad Gilbeck, Viterbo's help-desk service coordinator.

Roughly three years ago, the Instructional & Information Technology department purchased Elmo document cameras for every classroom. The college is also starting to invest in interactive whiteboards. Last summer, it purchased two new whiteboards for the education department, giving the college a total of five.

To increase the availability of digital content, Viterbo's administrators made it a requirement last year that professors at least put their class syllabus on the school's learning management system. The encouragement is working. Sixty percent of faculty have populated their class pages with additional reading material, class assignments, copies of their PowerPoint presentations and even video. “Students today all want to be connected 24x7. They want to get everything online,” Gilbeck says.

If every Abilene Christian University student doesn't already own a smartphone, the college will make sure they do.

Three years ago, the private college in Abilene, Texas, made mobile phone technology a core part of the curriculum by purchasing smartphones for every student and faculty member.

University leaders had considered launching a one-to-one notebook computing program. But when the university, which installed 21st century classrooms in previous years, looked at the popularity of mobile devices, it decided mobile learning was the direction to go.

“We saw that mobile technology was changing society and that it could change the way students learn,” says George Saltsman, executive director of the university's Adams Center, which offers professional development and helps professors design courses and integrate technology into their lessons. “By giving a device to everyone, we felt we could take the scholarly lead on mobile learning and it would give us a competitive advantage.”

According to the CDW-G survey, faculty and staff have different views on what are essential classroom technologies. For example, only 20 percent of faculty believe that recording a class lecture is important, while 59 percent of IT staffers feel it is important. The survey concluded that providing good professional development could help bridge the gap between what professors and IT staffers view as essential tools for the classroom.

Chris Farwell, director of computing resources at The University of Tulsa's College of Law, says he's fostered adoption through a combination of training, good technical support and making the technology easy to use.

The law school's computing department holds two to three open houses each semester, allowing faculty to come in with questions or suggestions. It also offers individual training sessions throughout the year, as well as formal training anytime new technology is deployed.

Offering standard technology in every classroom is also important to increase adoption, Farwell says. “Having uniform technology from room to room takes the fear out of operating the system,” he says. “If they can operate one room, they can operate them all.”

Farwell also deployed a Crestron touch screen that lets professors easily manage the equipment. Faculty members use the touch screen to select the computer or document camera and turn the audio up or down.

Adoption is an organic process that takes time. At Tulsa, it's a partnership between the tech staff who provide the technology and training and the faculty who use the technology.

“Our ultimate goal is to improve student learning and retention,” he says. “If we can help achieve that goal through the use of 21st century classroom technology, then we have succeeded as technology administrators.”

Digital content such as online textbooks and other class materials in electronic format provide colleges the opportunity to augment or even replace traditional textbooks, the 2010 CDW-G 21st Century Campus Report found.

Today, 62 percent of faculty use digital content in conjunction with teaching. Nearly all see benefits to digital content as a textbook alternative. Faculty and students rank cost savings to students as the main benefit. Other benefits are instant access to content, ease of note taking and the ability to access the most current content.

The survey found that there are challenges to increased adoption.

Of students surveyed, 68 percent believe some students prefer print materials. Another 51 percent say some faculty are reluctant to move to digital textbooks, and 47 percent are worried that e-book readers may be too expensive. 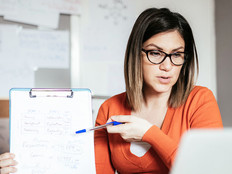 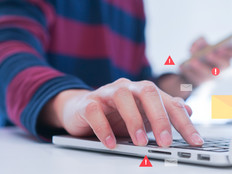