Like a lot of school districts, Joliet Township High School District 204 was eager to implement a one-to-one computing initiative. The problem? The central Illinois district didn’t have nearly enough storage capacity to handle the new demands that one-to-one computing brings. Its physical infrastructure was aging, and the district lacked the funds to upgrade everything that was approaching end of life.

That all changed with the implementation of a technology initiative, aligned to the district’s strategic plan and approved in March 2011, says Karen Harkin, director of information technology services for District 204.

“Our strategic plan was designed to empower students to compete and contribute to the community and global society,” Harkin explains. “Technology skills are essential for students to be successful. Our plan included developing a customized, collaborative, online learning environment using Microsoft SharePoint. This would lessen the administrative burden on teachers by letting them focus on teaching and give our students 24x7 access to learning opportunities.”

To get there, District 204 needed to overhaul its three data centers — one at each of its two high school campuses and a third at the administrative facility — in a short period of time.

“Our biggest problem was that we had a storage area network virtual infrastructure at all three sites, and they all were growing rapidly,” explains Network Administrator Brad Uffelmann. “We didn’t have nearly enough storage to handle setting up SharePoint directories for our students and teachers. Our SAN was already three to four years old, so throwing additional disks at it wasn’t going to buy us much time. We knew we needed to go in another direction.”

The email servers were almost five years old and nearly maxed out, and the six-year-old phone system was overdue for replacement.

After consulting with CDW representatives in January 2012, the district’s IT team embarked on a plan to upgrade the data centers.

By April, they had a working plan — and a lot of work to do over the summer to prepare for and complete a one-toone rollout in time for the 2012–2013 school year, which began in late August.

Consequently, CDW’s network team had to hit the ground running. Their job was to take a solution that had been mapped out on paper and turn it into something that worked in the physical world, could be implemented in a matter of months and wouldn’t be too complex for the district’s small IT staff to manage after they were gone, says Shawn Stevens, CDW’s technical lead for data center and campus networking and the lead engineer for the project.

It meant integrating products from Cisco Systems, EMC and VMware, as well as cabling and power solutions from several secondary vendors, with very little margin for error.

They outfitted each of the two main data centers at Joliet Central and Joliet West high schools with 35 terabytes of storage, reserving some of that capacity for data recovery, Uffelmann says.

The project team also upgraded District 204’s Voice over IP communications system to a Cisco UCS 5108 blade server chassis running over 8-gigabyte Fibre Channel pipes and deployed VMware’s vSphere Enterprise Plus and Cisco software to manage it all. They have begun implementing SharePoint for students and teachers, and will eventually integrate Office 365 and Microsoft’s Lync unified communications platform.

“Working with so many vendors on a data center project is kind of a tile game,” Stevens says. “We’d come in and do some work on the Cisco piece, then our EMC engineer would come in and work, then our VMware people, and when they were done, the Cisco team would come back. Meanwhile, the district still needed to keep its old network up and running the entire time.” 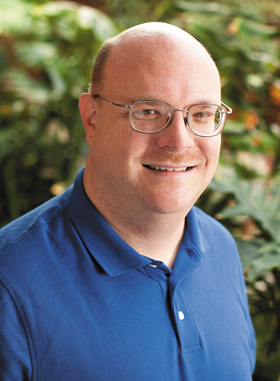 “If I can run it virtually, I’m going to do it. There’s no reason to put more hardware into the data centers and pull more electricity or create more heat if we don’t need to,” says Joliet Network Engineer Brad Uffelman.

Even though District 204 has been a VMware shop for more than five years, not everything in its data centers is virtualized. The database hardware, for example, is only 18 months old, so the district wants to wait for those machines to reach their end of life before replacing them, Uffelmann says. The district also is waiting for its student management and accounting software to support Microsoft Virtual SQL Server 2012, which may not happen for a year or more.

Virtualizing email has been delayed as well, largely because it requires more storage and memory than the district had when it embarked on its data center initiative.

“If I can run it virtually, I’m going to do it,” Uffelmann explains. “There’s no reason to put more hardware into the data centers and pull more electricity or create more heat if we don’t need to.”

Implementing all of this technology was relatively easy, Uffelmann says. The hard part was making sure that the district had enough electricity to run it and enough money to pay for it.

“The building that houses our Central campus data center was built in 1901,” Uffelmann explains. “It’s been upgraded a few times over the years, but the power is barely sufficient. We went in and found a few circuits that weren’t being used and enough amperage to support what we needed, but that’s it. We can’t add anything else without doing some major renovations.”

Stevens and the team from CDW had to make adjustments in the field to handle scope changes and unexpected challenges, which included getting an electrical contractor to bring more power service into the century-old building and making sure that there were enough batteries for the network devices in case the power failed.

Another stumbling block was funding. According to Harkin, one of the reasons the project couldn’t start earlier was that district officials needed to wait for the new fiscal (and budget) year, which began July 1.

With nearly 6,000 students and some 700 staff members to support, District 204 has the infrastructure needs of a Fortune 500 company without the corresponding IT budget, Uffelmann says.

“It doesn’t seem that big until you look at it more closely,” Uffelmann says. “That’s 10 times the amount of technology we had just a couple of years ago.”

As a result, District 204 must prioritize its IT spending carefully and defer costs whenever possible. For example, district leaders have put off upgrading the Internet firewall, which Uffelmann predicts will hit capacity during the 2013–2014 school year, when one-to-one really kicks in.

For now, the district is getting by with a 200-megabit pipe between the data centers, which isn’t enough bandwidth to do real-time data replication between each site.

The district also is still using a roof-mounted cooling unit above its Central campus data center that’s at least 20 years old. District leaders will examine the 2013–2014 fiscal budget to determine the feasibility of purchasing a new cooling system.

And despite getting approval for five new IT staff members to handle support issues arising from the rollout of thousands of new notebook computers to students, not all of those positions are filled yet, says Network and Media Manager Wendy Davis. At the moment, 13 IT personnel are supporting all district staff and students. But it’s possible the department will add more positions for next school year, she adds.

To minimize the pain and ease the transition, District 204 is adopting a phased approach to its one-to-one rollout, Davis continues. For the 2012–2013 school year, all ninth-grade students were equipped with ruggedized convertible netbook/tablets. Next year, all the sophomores and some upperclassmen will receive notebook computers.

Within three years, every student will have his or her own computer.

For Uffelmann and his colleagues in the IT department, the greatest benefit to a converged infrastructure is breathing room.

“We don’t know what tomorrow may bring, what requirements our people will have or what new things they’ll want to do,” Uffelmann explains. “Someone may come in and say, ‘We have a new application we want to use, and we need a server for it.’ Back when we were using strictly physical servers, it would take me close to two months to get the specs, secure the funding, order it and build it out. Now, if somebody wants a new server, I can say, ‘give me the installation media. I can have it up and running for you tomorrow.’”

For Harkin, the biggest challenge was the short timeframe in which she and her team had to work. Bringing CDW in on the project made the difference, she says.

“CDW was on top of it from day one,” she says. “They worked closely with our IT staff, and together, they figured it out and got it done. The whole project went quickly and seamlessly.”

The best part is that for the district’s stakeholders — the students, teachers, employees and community members who participate in the SharePoint virtual workspaces — the change has been invisible.

“Our end users may not be aware of the changes. They’ve gotten what they expected from our one-to-one initiative,” Harkin continues. “But from a technology standpoint, it’s been a huge relief. We have everything we need in place — and room to grow.”