It’s no secret that Google Chromebooks are a hit in education. Their success also comes as no surprise to the devices’ early beta testers at Council Bluffs Community School District in Iowa.

During the spring 2011 semester, a group of students and faculty there were among the first people in the world to get their hands on the notebook computers. They loved them so much that Council Bluffs district leaders spent the ensuing years purchasing Chromebooks for every student in grades 3 through 12.

“We were moving toward a one-to-one strategic plan and starting to evaluate devices, and it was serendipity that the Chromebooks came out at the same time and Google chose us as one of the beta sites,” Council Bluffs Chief Technology Officer David Fringer says.

Schools today have many options as they transition to digital classrooms and mobile learning. They can launch a bring-your-own-device (BYOD) initiative and support a mix of student-owned devices. Or they can standardize on traditional notebooks, tablets, hybrids or web-based Chromebooks as part of a one-to-one initiative.

Chromebooks are gaining traction in education because they are affordable — typically $200 to $400. The notebooks are small, lightweight and use the web-based Chrome operating system, allowing users to access applications and store documents in the cloud. Benefits include ultra-quick boot times, long battery life, built-in virus protection and simplified IT management.

Billie McConnell, president of Connected Consulting, has seen many schools start a one-to-one program, only to allow it to die three years later when it’s time to refresh the mobile devices. Many districts simply don’t have the budget or enough grant funding in place to purchase replacement devices.

“Chromebooks are so much cheaper that they enable schools to sustain a program, and that’s really important,” he says. 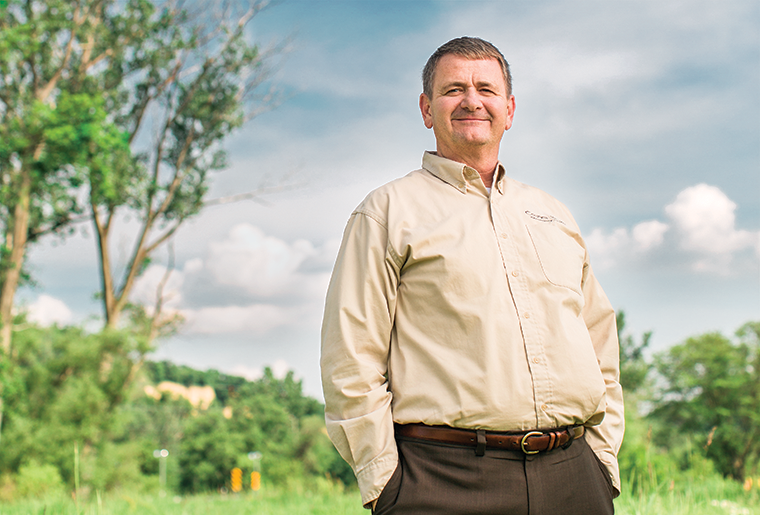 When considering a Chromebook, district and IT leaders must decide whether the web-based device is powerful and feature-rich enough to meet students’ needs and the district’s desired outcomes, McConnell says.

Chromebooks’ slower processors and limited hard-drive memory won’t perform high-end video editing up to Hollywood standards, but students can use them to edit videos with cloud-based tools and software.

“Schools find that even if it doesn’t have all the functionality they are used to, they can adapt and find a tool that meets their needs,” he says.

Officials in Council Bluffs see Chromebooks as the ideal for their students, particularly when paired with Google Apps for Education, a free productivity suite that includes email, word processing and storage.

Many teachers also embraced Google Classroom, a free workflow management system that allows them to set up class pages and create assignments with due dates. Students can work on the assignments using Google Apps and turn them in digitally.

“If your productivity environment is Google Apps, there is very little you can’t do on a Chromebook,” Fringer says.

Boot up time takes eight seconds, while battery life lasts up to nine hours. The devices are also easy to manage. There’s no need to upload software or install security patches, which saves the district from having to hire more IT technicians. Through web-based management software, IT can easily personalize settings for each grade level, grant access to applications or restrict specific web content.

“There’s no system maintenance,” Fringer says. “You unbox them, asset tag them, turn them on, join them to the domain and they are ready for use.”

The percentage of classrooms at Richland County School District Two that were using Chromebooks when observed at random times, according to an independent evaluation team hired by the district to review its one-to-one program

While Chromebooks are easy to manage, the transition from traditional classroom instruction to new instructional models aided by technology often proves more difficult.

They looked to a one-to-one initiative to achieve those goals; however, to do it well requires good planning, ongoing professional development and collaboration between key stakeholders, including teachers, parents, administrators and all departments, says Donna Teuber, the district’s team leader for technology integration. Faculty must work closely with the curriculum department to ensure technology is integrated effectively into lesson plans, she says. And districts should ask for feedback from teachers, students and parents on which device to standardize.

“The important thing is to get stakeholder involvement, pulling groups together and ensuring we communicate effectively,” Teuber says.

The district previously implemented one-to-one in 200 classrooms using a mix of notebooks and tablets. To gear up for a districtwide implementation in 2011, IT installed Wi-Fi across the district’s 40 schools and centers. After testing a variety of devices, including Windows-based notebooks and Android tablets, district leaders concluded that Chromebooks were the best match for their requirements.

“We liked the ability for students to have single sign-on for Google Apps and the variety of apps we identified that were important,” Teuber says. “We also had conversations about the importance of a keyboard, so students can write, create blogs, share documents and collaborate with each other.”

To help teachers adapt, the district provided professional development, and those opportunities are ongoing. Technology coaches are available on each campus to train and assist teachers. The faculty members also meet in workshops, where they work in small groups to develop blended learning coursework and post classroom content online, Teuber says.

The district has also launched an innovation incubator, which provides faculty and staffers with funds and other resources to develop new ways to integrate technology into the curriculum. New teachers also receive training during the summer months.

“If professional development is good, then the result is better student engagement in the classroom,” she says.

Claudia Edwards, deputy superintendent of academics at Fairfield County School District in Winnsboro, S.C., recommends providing teachers with at least 30 hours of professional development, so they feel more comfortable with the technology before introducing it in the classroom. Her district has distributed about 1,750 Lenovo ThinkPad 11e Chromebooks to grades 3 through 12 during the past few years.

“Professional development helps teachers determine how they want to use the devices for their content areas,” she says. “It helps them to plan and allows them to discover, become more familiar with applications, so that they can include them as part of their lessons.”

Fringer from Council Bluffs recommends implementing in phases. During a three-year period, the district took turns piloting Chromebooks with 20 teachers and their students at each school level — high school, middle school and elementary. After a year of piloting, the district planned to fully implement one-to-one at each school level the next year.

For each pilot, the district chose teachers who were tech-savvy and eager. And those early adopters in turn serve as coaches for other teachers.

“When you give it a full year of early implementations, you work out the bugs, both from a learning-how-to-do-it standpoint, and logistically, from a how-many-devices-break and how-do-you-fix-them standpoint,” Fringer says.

Council Bluffs also launched an optional cooperative damage and loss program to help defray repair costs. The district charges $25 a year for the program. For the price, students get a 60 percent discount if their Chromebooks need repairs. Broken screens are the most common problem, he says.

Richland County School District Two hired an outside team to evaluate its one-to-one program, and this spring the evaluation team came back with a positive report: Teachers are lecturing less and trying new teaching styles, including blended learning and the flipped classroom approach.

Students are more engaged and paying more attention in class. More students are collaborating on projects and turning in their assignments on time.

“The Chromebooks have been huge, and it has changed the classroom environment,” Teuber says. “Students are taking ownership of their learning.”

Edwards has seen similar results in Fairfield County School District. In fact, in state assessments for grades 3 through 8, student proficiency in writing increased from 58 percent in 2012 to 71 percent in 2014.

Edwards credits the district’s Chromebooks and Google Apps with part of that success.

“It’s a combination of our writing program, committed teachers and the technology. All those things formed a perfect storm, in a positive way,” she says.

Districts may take a variety of steps to ensure students have Internet access after school to truly get the most out of their Chromebooks.

Some device models include built-in solid-state drives, allowing students to store data on their devices and use some applications offline, such as creating and editing documents and reading Microsoft Word or PDF documents. Still, for the most part, students need some sort of Internet access to take full advantage of the device.

To provide broadband access to students who don’t have it at home, some districts opt to keep schools open later, allowing students to stay after school to use the campus Wi-Fi to do their homework. Other schools suggest that their students visit public libraries and access their Wi-Fi, says Billie McConnell, president of Connected Consulting.

Still others, such as Iowa’s Council Bluffs Community School District, partner with local government and the business community to build free, communitywide Wi-Fi networks. Through donations from foundations and private companies, the district and the city of Council Bluffs have started building a free citywide Wi-Fi network that eventually will cover nearly every residential neighborhood, District Chief Technology Officer David Fringer says. The first two phases, which cover two square miles of residential neighborhoods, should be completed this winter.

The students learn to troubleshoot and fix the Chromebooks in class. Not only does it save the district money from having to hire more IT technicians, it provides valuable experience and class credit for students who want to go into IT as a career, says district CTO David Fringer.

“Some kids like sports or drama, and this is a niche for kids who like technology,” he says.

The newest Chromebook models are more durable than the first-generation devices that were released three years ago, Fringer says. Still, devices get damaged. Broken screens are the most common problem.