Most states now require school districts to run educational assessments online, and traditional computing infrastructure has become too cumbersome for IT staffs to manage.

IT departments in education need a way to deliver desktops to hundreds or thousands of students at once and then retrieve the test results automatically. For that reason, Desktop as a Service has become increasingly attractive to school districts. DaaS delivers virtual desktop infrastructure through the cloud.

The percentage of VDI users who will be deployed on Desktop as a Service by 2019, up from less than 5% today

SOURCE: Gartner, “Desktop as a Service Must Mature in Order to Move VDI Into the Cloud,” June 10, 2015

Jonathan Allen, executive director of IT for the Alameda County (Calif.) Office of Education, piloted the use of online assessments over Amazon WorkSpaces and VMware Horizon Air Desktops for about 350 students last year, with some positive results.

Allen says the district will continue to pilot test the technology this year and will ultimately decide between Amazon and VMware. He intends to eventually run a DaaS solution to support 250,000 students and teachers.

“We decided that once we have DaaS working for online testing, then it makes sense to utilize it for anytime, anywhere computing for students and teachers,” Allen says. “Once it’s up and running, all they’ll need is a network connection to access their desktops.”

Taking a Closer Look at DaaS

Sam Farsaii, chief technology officer of the Coppell Independent School District in Texas, views DaaS as a more efficient way to deliver online tests and provide a bridge between tablets and legacy systems.

Farsaii — who, along with his team, supports 11,500 students — says the district is looking for DaaS to provide additional flexibility and streamline upkeep and support. However, Farsaii says Coppell Independent School District’s tablets run well over VMware Horizon View, so he hasn’t signed on with a DaaS provider yet.

“The next time we upgrade our devices, we’ll go with a DaaS service,” Farsaii says. “We expect that by the time we’re ready, the pricing will come down, making it more feasible for us.”

John Abbott, founder and distinguished analyst for 451 Research, outlines three questions IT managers should address before moving forward with Desktop as a Service deployments. 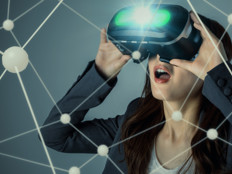 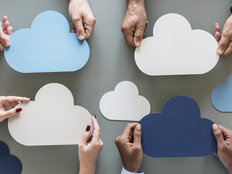