For school districts struggling to comply with web-filtering requirements mandated by the Children's Internet Protection Act and E-Rate, deciding what to block isn't always clear-cut.

"It really depends on school culture and the community in which you're based," says Daniel Vomastek, ­director of information and technology systems for Portage Public Schools in southwest Michigan. "I've worked in three districts, and each one was different."

Thankfully, there haven't been any large-scale incidents at PPS in which students saw something they shouldn't, but Vomastek says that's because the 14-school district tends to over-filter rather than under-filter. "We actually get more requests to ­unblock things than to block them — by a ratio of 10 to 1," he says.

When deciding what to filter, the IT department considers two questions: 1) Is there a relevant ­educational need for the site? and 2) Does the site potentially expose students to inappropriate material?

"The toughest area to assess is social media," Vomastek continues. "Right now, we block Facebook and Twitter during the school day but ­allow users of our guest wireless network to access them during non-school hours. There's no one choice that will make everybody happy."

Choosing which web-filtering tool to employ was far easier, however.

For years, PPS used a software-based solution, "but it was very ­difficult to get the performance out of it that we needed," Vomastek says. He and his team researched about a dozen options before ­choosing the Secure Web Gateway solution from Blue Coat Systems.

"The Blue Coat product was the best option in our price range and hit the sweet spot for us in terms of capabilities," he continues. The company's ProxySG appliances offer user authentication, web filtering, content caching and bandwidth management. Blue Coat WebFilter, meanwhile, categorizes web pages in 85 categories and then enforces the district's network policies across those categories, allowing granular control of popular web applications and operations.

"We needed robust login and the ability to parse that log quickly," Vomastek explains. "We wanted a product that would let us set up ­different classes of rules and give us a lot of control over who can see what and when. We also wanted something that could scale as our needs grew."

Although the Blue Coat solution cost the district nearly $87,000, Vomastek says the investment has paid off in countless ways.

"For an appliance like this, you have to have the confidence that once it's set up, it's going to work as advertised," he says. "We've been really happy with Blue Coat. It caches so well, we can spend about 60 percent less on bandwidth without having to buy a bigger pipe. For what it does, it's done a great job."

"Often, administrators and IT leaders overestimate what should be filtered, or they inherit a filtering scheme or accept a pre-installed version of a filter. Instead, schools should seek a flexible filter, which provides an ability to quickly update allowable sites and a capability for multilevel filtering for teachers, administrators and students."

— Nancy Caramanico, Instructional Technology Specialist and Independent Consultant, Cara Tec, Media, Pa.; read her blog, one of EdTech's top 50 must-read K–12 IT blogs, at ncara.edublogs.org, and follow her on Twitter at @ncara

"IT departments should hold off on upgrading software or firmware on their web-filtering appliances until the summer or winter breaks. On more than one occasion, a firmware update to our Barracuda Web Filter appliance improperly filtered different Google services we use."

"Our approach to filtering is practical: We filter because E-Rate requires it. But students' accessing unacceptable content on the web isn't a technology problem; it's a people problem. The teacher who is active in the classroom and fully aware of what his or her students are doing will work much more effectively than any filter."

— John Robinson, Principal, Discovery High School at Newton–Conover, Newton, N.C.; read his blog, one of EdTech's top 50 must-read K–12 IT blogs, at the21stcenturyprincipal.blogspot.com, and follow him on Twitter at @21stprincipal

of schools and districts that use web-filtering software apply the same level of filtering to both students and staff.

Education's rank among categories of websites that were infected with malware

of teachers say that web filters have a major impact on their teaching. 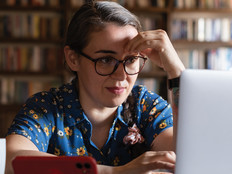 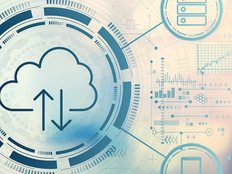 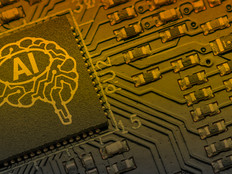