An upgrade to vSphere is feature-rich and makes the most sense for organizations managing more than 100 virtual machines.

VMware's vSphere, the renamed new version of VMware ESX, is virtualization software that lets you run several virtual operating systems on one piece of hardware. The software is essentially a very tiny operating system installed on a server that is used to manage all of your virtual machines. It is certified for servers from Fujitsu Siemens, HP, IBM, NEC and Sun Microsystems (which was recently acquired by Oracle), and it also supports SATA, NAS, iSCSI and Fibre Channel storage equipment.

New servers may have vSphere pre-installed on a flash drive; if not, it can be easily installed on existing hard drives. Installation takes only a few minutes, and when completed, you simply access the server via a web browser. The downloaded client – one of the best virtual server manager clients I have used – supplies a great amount of detailed information about your host server and all the virtual machines your IT department runs.

Did I mention that the client is packed with numerous features? You can view CPU, memory and disk usage on the host server and can also look up data from the past. The software lets you create virtual templates that allow you to be up and running with a new server in just minutes. The client can manage all of your virtual machines, from changing the memory or CPU allocation to setting the boot order for all of your VMs during startup, and also lets you manage the storage that you have attached to your vSphere server.

With vSphere, you can move past the old model of having physical servers dedicated to single apps. You save money because you do not need to buy as many new servers as often.

I was a bit worried that I would see performance degradation when I started adding more VMs to my server, but that was not the case. VMware's new software is extremely efficient in managing the resources that you give it. I would not hesitate to use vSphere to handle any server load, whether it's Exchange, SQL or any other application that is resource intensive.

For instance, a three-server, six-CPU socket vSphere enterprise license, priced at around $20,000, does not include a Windows license. By comparison, Windows Server 2008 Datacenter allows an unlimited number of Windows Server installs in a Hyper-V environment for less than $2,000.

That said, price is the only downside to vSphere. It has the best interface, is easiest to manage and is lightning fast. If you manage more than 100 virtual machines, the disaster recovery options might justify the cost. Without a doubt, if you're considering server virtualization, take a look at vSphere. It is a solid product with a very bright future. 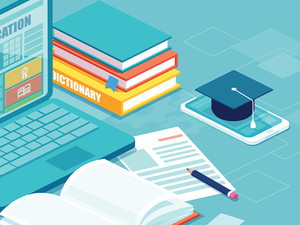