What’s in a Title? Roughly 25 percent of all U.S. public school districts today employ a CIO, CTO or similar title to oversee IT activities, according to CoSN. This person reports to the superintendent or is in a cabinet-level position.

Is your IT organizational chart as old as your first PC? If you’re investing in technology, it’s time to rethink how IT is organized.

Computer technology in Arlington Public Schools has steadily infiltrated every corner of the organization, from the superintendent’s office to the classrooms in the district’s 23 elementary, six middle and six high schools.

But for all the changes that notebooks, networks and the Internet have brought to the Virginia school district, the technology support structure looked pretty much the same in early 2005 as it did when computers first took hold almost 20 years ago.

As technology grew and matured, the gap between the two groups increasingly resulted in user frustration, role confusion, lack of accountability and cross-team resentment.

“Technology changed, [but] the structure of our technology groups didn’t change with it,” says Susan Robinson, recently appointed to the new post of assistant superintendent of information services.

Arlington is not alone. As schools increase their technology spending and strive to tie that investment to their core mission of student learning and achievement, the first step many have to take is to overhaul their old-fashioned organizational structures.

When a school district is experiencing ongoing and seemingly intractable technology-related problems, sometimes it’s less important what hardware and software is in place and more an issue of untangling a dysfunctional organizational model, says Keith Krueger, CEO of the Consortium for School Networking.

“Historically, when you talk to leaders in most school districts about the concept of a chief technology officer, many will ask, ‘Are you talking about an instructional, administrative or MIS person?’ ” Krueger says. “It’s a fundamental shift to think of information technology as a horizontal activity that enables the entire enterprise.”

For Arlington, the biggest change was dissolving the distinction between administrative and instructional support and to have nearly all technology personnel report to one person, the assistant superintendent of information services.

Just as important, Robinson and her team developed a clear mission statement that articulates the job of information services, which is to support instructional needs. “There was a perception that it was the needs of the system and the infrastructure that drove what we would do,” she says. “We turned that around to say that it’s the needs of instruction that will drive the infrastructure.”

Since the reorganization, the district has implemented a new financial and human resources system, as well as overhauled its student information system. Robinson credits the new organization for the accomplishments.

“Before, it felt like we were just keeping our heads above water,” Robinson says. Now, without adding any resources, the group is better able to direct its energy toward what needs to be done.

From Dispersed to Centralized

Centralization was also the strategy for the Millard Public School system in Omaha, Neb., which decided four years ago to consolidate its previously dispersed technology personnel under a single executive-level position, reporting to the superintendent. Millard’s system serves 21,000 students in 23 elementary schools, six middle schools and three high schools.

“During the strategic planning process, the superintendent and Board of Education decided … we needed somebody who was going to wrestle with this multifaceted animal at all levels,” says Mark Feldhausen, assistant superintendent of technology for the district.

Before the reorganization, technology was managed by three district-level administrators who oversaw instructional technology, desktop systems and networking, and telecommunications. “It was somewhat confusing,” Feldhausen says. “If you wanted to buy new equipment and have it networked, you were dealing with different individuals to make that happen.”

Now, all technology personnel — including those who support networking, desktop systems, telecom and databases — are embedded in the central technology organization, including the instructional technology facilitators who help teachers integrate technology with curriculum and provide staff development.

Today, with better communication and collaboration among the previously separate groups, the schools enjoy quicker response to requests and smoother implementations. For instance, the instructional technology facilitators work directly with district-based curriculum development teams on new technology initiatives, but because of their ongoing connection with the centralized desktop and networking team, they follow standard procedures for evaluating, buying, testing, installing and supporting the new technology.

Centralized oversight of procurement is also more efficient. Feldhausen has not yet quantified the savings gained from bulk purchases, but standardizing equipment buys has eased maintenance and upgrading processes. The central department can also more efficiently recycle equipment and pool computer resources.

Customer service was the main thrust behind a reorganization at Brevard Public Schools in Viera, Fla., says Steve Muzzy, who joined the school in January 2005 as assistant superintendent of educational technology.

When Muzzy came on board, demand for technology services was on the rise, and yet project management support was fragmented, which was impacting the timely completion of projects. In addition, job descriptions and titles did not reflect current needs, and there was insufficient support for staff training.

Muzzy first appointed one or two full-time, dedicated technology associates to each school, including 64 elementary, 14 middle and 22 high schools. “I wanted to ensure that we had alignment between the schools and the Education Technology Department and that classroom needs drive decision-making,” he says. The associates report to the principals and technology department.

Then he created four support teams, each of which is assigned to one of four geographic instructional areas. The teams consist of a network analyst, a technology and network coordinator, and two technology integrators who work with teachers to align technology with curriculum. At the district level, a centralized group takes care of network operations, systems and security, project management, core business and student applications, technology services, training and customer contact management.

Muzzy appears to have met his prime goal of increasing customer satisfaction. A recent survey he conducted indicates that the teaching staff and the school principals note improvements in response times, follow-up and overall direction.

Before You Reorganize, Consider

The structure of the department has to be endorsed and supported at the highest level of the organization.
Millard Public Schools’ Mark Feldhausen

It’s crucial to establish a way to measure the degree to which the reorganization will support your district’s instructional operations.
Brevard Public Schools’ Steve Muzzy 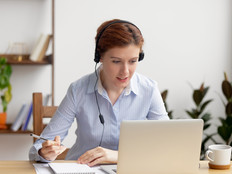