The world of Wi-Fi is again changing, and the most recent news is Wi-Fi 6E. Higher education has always been in the lead on Wi-Fi adoption, so it’s natural to look at this newest development.

What Is Wi-Fi 6E and When Can I Have It?

From a technology point of view, Wi-Fi 6E is the same as Wi-Fi 6: a high-speed wireless LAN with peak individual speeds of about 1 gigabit per second for normal clients (such as laptop computers).

What’s different about Wi-Fi 6E is that the U.S. and European regulatory authorities have opened up an enormous amount of bandwidth in their unlicensed ranges to run Wi-Fi 6 (802.11ax) client technology. This 6 gigahertz band is completely new to Wi-Fi. It’s not a new way to use the old bandwidth, like we saw in the upgrades to Wi-Fi 3, 4, 5, and 6. It’s a giant chunk of space where Wi-Fi 6 technology can serve more users and more access points than ever before.

How much more? Well, the original 802.11 Wi-Fi 1 ran in the 2.4GHz band and had only three channels of 20 megahertz each in the US. The 5GHz band had about 25 channels. This new 6GHz band has up to 59 channels, on top of what’s available in the 5GHz band. In other words, the 6GHz Wi-Fi band in the U.S. has more than double the bandwidth available than the old 2.4GHz and 5GHz Wi-Fi put together: 1200MHz versus 580MHz.

To take advantage of Wi-Fi 6E, you’ll need new access points (APs) and new clients. The APs for Wi-Fi 6E have three radios: the older 2.4GHz and 5GHz radios, and a new 6GHz radio. These APs are widely available, and all the major Wi-Fi AP vendors are already shipping or will be shipping Wi-Fi 6E APs within the next year.

But APs are only half the story. You’ll also need clients able to work in the 6GHz band to talk to those new APs. Major wireless chip vendors such as Intel and Broadcom have been shipping technology that supports Wi-Fi 6E since 2021. This means that this capability is slowly appearing in smartphones, tablets and laptops, but it is far from universal and will take a few years to become standard and expected, the way 2.4GHz and 5GHz wireless is today.

READ MORE: Learn how the University of Michigan executed a network connectivity upgrade.

Faster is a tricky word when it comes to Wi-Fi. You’ll see that client laptop speeds are the same in Wi-Fi 6E as they were in Wi-Fi 6. That’s because the technology is the same, so there’s no improvement in per-client speed in Wi-Fi 6E over Wi-Fi 6. A single user in a room alone won’t see any improvement.

However, Wi-Fi 6E can let you deliver faster wireless for two main reasons. First, because there’s more bandwidth, you can use wider channels without interference. If you have been wary of using the 40MHz, 80MHz, or 160MHz channel capabilities of newer Wi-Fi versions, the 6GHz band gives you a lot more room and flexibility to use these wider channels, which directly translates to higher performance for each user.

Second, the greater spectrum availability in the 6GHz band of Wi-Fi 6E lets you set up Wi-Fi networks with less interference between APs. All the newer versions of Wi-Fi really encourage a high-density access point deployment: pack in more APs so there are fewer users on each AP. Higher education IT managers who have installed multiple APs in large classroom environments are already experiencing the benefits of this model. With Wi-Fi 6E’s abundant bandwidth, high-density deployments even in packed lecture halls mean less sharing and less interference, again delivering faster performance to everyone.

Find out what four higher ed IT leaders think are the most important trends in 2023.

Check out what immersive learning's future looks like in higher ed.

Learn about three trends that are shaping modern classrooms this year.

Here's how to stay ahead of four emerging cybersecurity threats.

Leveraging wider channels and more available bandwidth means that a Wi-Fi 6E network will support more users at higher speeds with lower latency and smoother performance than the same network running Wi-Fi 6 or older versions of Wi-Fi. Theoretical performance isn’t better, but practical performance is. If you can spread users out across both the 5GHz and 6GHz bands, your users will perceive better performance with Wi-Fi 6E than with Wi-Fi 6 alone.

When Does It Make Sense to Upgrade to Wi-Fi 6E on My Campus?

Jumping to Wi-Fi 6E tomorrow won’t deliver many benefits, because almost none of your students or faculty will have client devices capable of using the new 6GHz spectrum. However, now is the time to make sure your wired network is ready for the increased load that Wi-Fi 6 and Wi-Fi 6E will put on the LAN. Both flavors of Wi-Fi 6 require multigigabit Ethernet (802.3bz) 2.5Gb or 5Gb links to the access points to take advantage of the higher wireless bandwidth. That means planning for new switches in your wiring closets, although you should be able to use existing Category 5e cabling for all but the largest buildings. You’ll also need to be sure that wiring closet switches have full 10Gb links back to the building core, and that links between buildings have the headroom to handle the higher speeds available.

If you’ve recently upgraded to Wi-Fi 6, it’s going to be hard to make the case for large-scale Wi-Fi 6E upgrades so soon after. However, you can focus on installing Wi-Fi 6E for the highest density classroom, auditorium and lecture hall environments, which is where you’ll get the most benefits, and shift some Wi-Fi 6 APs to smaller buildings that haven’t already upgraded. If you haven’t jumped from Wi-Fi 5 technology, the best plan is to focus on getting your infrastructure ready for Wi-Fi 6E, then make the shift to Wi-Fi 6E once your Wi-Fi 5 access points are ready for a technology refresh. 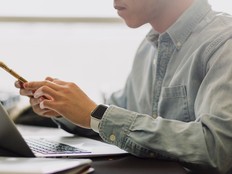 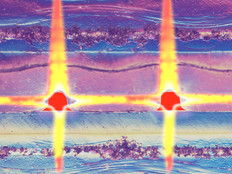