For years, Joel Gittelsohn has taught his Food, Culture and Nutrition course in a classroom occupied by 20 to 30 students at the Johns Hopkins Bloomberg School of Public Health. He’s spent much of his career focused on teaching and researching nutrition and disease prevention in disadvantaged communities, particularly the global epidemic of obesity.

The COVID-19 pandemic, however, turned Gittelsohn’s traditional approach on its head, along with tens of thousands of other career educators like him.

MORE ON EDTECH: How the Remote Learning Pivot Could Shape Higher Education

Though not uncomfortable with technology, Gittelsohn admits he had always been trepidatious about remote learning and teaching. He had taught webinars and recorded lectures in the past, but he’d never had to conceptualize a full-length online course, let alone teach one. He worried about the same technological stumbling blocks familiar to anyone who was first introduced to the internet in the days of dial-up: lost connections and frozen screens.

But despite sharing a house (and a Wi-Fi connection) with five other people, the experience hasn’t been the nightmare that Gittelsohn and so many other educators around the nation feared. Necessity, as it turns out, isn’t solely the mother of invention — it also gives birth to adaptation. 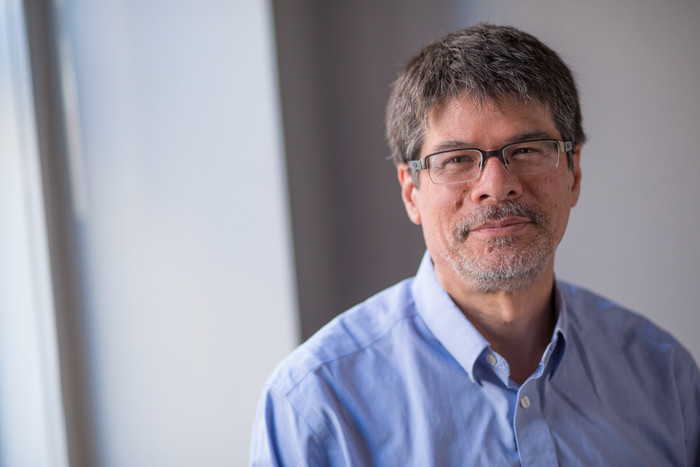 EDTECH: How has the transition been going?

GITTELSOHN:  I feel like we were lucky — that is, if you can say anyone in this situation is lucky. At Hopkins, we’re on the quarter system, and the shutdown happened at the end of the third quarter, which, of course, was unfortunately a big scramble for the students who needed to take finals. But those of us teaching in the fourth quarter had the week of spring break built in to prepare.

By that point, I had already identified a teaching assistant, and she had taken online courses before. I also had another student who was going to help with grading. I met with both of them to discuss what the best practices were based on their experience.

One thing that I did with my teaching assistant was a mock class. We tried it out and recorded it so we could see what happened and what could go wrong. That was helpful as well.

EDTECH: Can you describe the differences you’ve noticed so far between teaching online versus in a physical classroom?

GITTELSOHN:  How I interact with the class is a little bit different. It’s been very helpful to have my teaching assistant monitor things on Zoom. She lets me know when people have raised their hands and keeps track of things, because it’s hard to teach while you’re also trying to keep track of the notifications and saying, “Wait, should I respond to that? Should I just keep going? What should I do about that?”

EDTECH: What are some of the more challenging hurdles you’ve faced? Are there aspects of remote learning that have been harder than others?

GITTELSOHN: Things have been going pretty smoothly so far. From a home perspective, I was worried about our Wi-Fi bandwidth. There are six of us in my house, and everyone has their own device, including the little kids. If everybody was on their devices all the time, it would potentially be a problem, so I’ve asked my family members to reduce their internet use during the hours when I’m teaching. But I can’t say that there have been any huge challenges. Everybody seems to be pretty patient and tolerant with the situation, which I think is helpful. 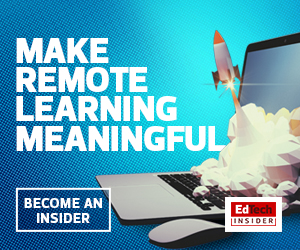 EDTECH: How can faculty make the remote learning experience more engaging for those students who really want to be on campus? Even if you can’t replicate that experience, is it still possible to make it just as valuable, or at least comparable to it?

GITTELSOHN: It’s tough. A lot of people are dealing with significant isolation. Many are finding different ways to reach out and form groups of friends online, but it’s a big shift. I don’t think there are any great solutions for it. We just have to work through it and do the best we can.

EDTECH: A lot of people in higher education have been skeptical for years about online or remote learning, especially whether it can measure up to a physical classroom. Do you think this experience might cause a shift in thought?

GITTELSOHN: I’d say so. I think there are probably three groups of people. First are the people who were already teaching online and were totally on board with it. For them, this is nothing. It’s how they’ve always been doing it. Then you have the people who are initially resistant to this, who perhaps feel threatened by technology, and they’re going to be kicking and screaming. They’re the ones who will happily go back to teaching the class in person after this is all over.

But then there are people like me, who become converts. We overcome whatever fear or anxieties we had, and now we’re more comfortable with it. Does that mean I want to teach entirely online in the future? I don’t think so. I still enjoy the face-to-face interaction with students, the give-and-take. Sure, we still have that to a degree online, but it’s not the same as when you’re there in person.