The talent shortage in the IT industry isn’t disappearing anytime soon. Robert Half reports in its 2018 Salary Guide that as growing industries such as healthcare, finance and manufacturing increase their reliance on technology, the demand for qualified workers is escalating at a rapid rate.

That’s one reason that Missourians had reason to celebrate as Larry Payne, senior vice president of the U.S. public sector at Cisco, discussed the success of the company’s Networking Academy before a crowd of program graduates, educators and public officials at the Missouri state capitol.

To mark the 20-year anniversary of the program, Payne spoke about how the Cisco Networking Academy has partnered with learning institutions all over the world. In Missouri, Cisco has invested more than $13 million in 44 programs, ultimately educating more than 28,000 students, according to The Missouri Times. Worldwide, the Cisco Networking Academy has worked with more than 7.8 million students and 22,000 educators in 180 countries.

Traditional educational institutions such as high schools, universities and community colleges, as well as nontraditional education channels such as community centers, governmental departments and correctional facilities, partner with Cisco Networking Academy. Educators work closely with the company to develop and deliver a curriculum rooted in the technology of today and the needs of tomorrow. Problem-solving and entrepreneurial skills are essential components of the program, which is aimed at growing the success of students as well as the economies in which the students live.

In the U.S., completing a technical education program can make a measurable difference in a person’s way of life and potential earnings. According to the U.S. Bureau of Labor Statistics, as of May 2017, people in STEM occupations earned an average annual salary of $91,310, while those in non-STEM careers averaged $47,890.

Not only do individuals earn more in STEM-related occupations, but the demand for qualified workers in those fields remains high.

According to CompTIA’s 2017 report, “Assessing the IT Skills Gap,” executives at nearly half (46 percent) of companies say that the IT skills gap is growing. Topping their list of concerns is a lack of IT skills in emerging technologies such as artificial intelligence and the Internet of Things, as well as expertise in cloud infrastructure, modernizing legacy systems and cybersecurity.

At age 20, the Networking Academy is Cisco’s longest-running corporate social responsibility program. Staff members work hand-in-hand with their industry partners to keep courses fresh so that students can dive right in to the new world of networking. While students still learn networking basics like routing and switching, courses cover subjects such as cloud-based storage and applications, data centers, security, voice and wireless. Also included is much-needed coursework in cybersecurity, IoT, operational systems and programming.

Keeping courses up to date is key for the program, providing learners with essential knowledge to tackle the immediate demands of the IT industry. The better and more relevant their education, the more likely they are to secure better-quality, higher-paying jobs.

“So it also helps with economic development,” Payne recently told The Missouri Times. “And we feel like it’s a win-win-win for the community, the student and certainly the industry.” 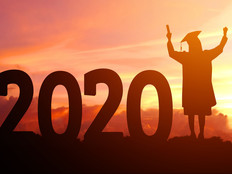