At Clovis Community College in Clovis, N.M., the modest size of the IT staff was one of the main drivers behind a move to virtualize the data center. But it was also one of the chief hurdles keeping the institution from making the move.

“We’ve always dabbled with the idea of going virtualized, but we’re such a small shop, it was very difficult for us to figure out how to go that route,” says CIO Norman Kia. “That was our worst nightmare: trying to figure out how the hardware has to be configured with the virtual applications, and vice versa. We’d heard horror stories from other institutions.”

Clovis’s IT shop comprises only 10 people, all of whom specialize in several areas to back one another up as needed. But none of them has expertise in server virtualization. Even if the institution had the budget to hire another employee, Clovis might have had trouble attracting someone with the necessary skill set, Kia explains, given the college’s remote location in eastern New Mexico.

“I’ve talked to some of the bigger schools, and they have 50 or 60 people in their IT departments,” says Ricky Fuentes, director of user services. “They have one person dedicated to email, one dedicated to printers. We don’t have that type of specialization. We wear multiple hats.”

The irony was that server virtualization had the potential to reduce the management burden that physical servers put on the staff, freeing those employees to tackle strategic projects, rather than expending constant effort simply to “keep the lights on” in the data center.

Virtualization is far from a new technology. Last year, in fact, Gartner analysts said the server virtualization market was hitting its peak, with many organizations virtualizing 75 percent or more of their servers.

But for some community colleges — especially those, like Clovis, that lack staff expertise in virtual machines — adoption has been slower. Now, technologies such as hyperconvergence, which wraps computing, storage and networking into a single appliance, are making it easier for institutions to take advantage of the benefits of virtualization for the first time.

Before Clovis embraced virtualization, its physical servers were rapidly aging, to the point where routine maintenance was a significant challenge.

“Many of our servers were 10 or 12 years old,” Kia says. “When we started having issues where hard drives were failing or memory was failing, that caused a really hard time for our campus.” 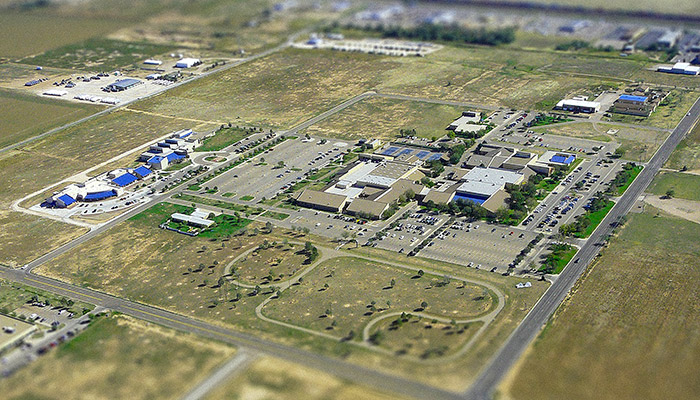 In one instance, Kia says, a hardware failure led to the college’s file-sharing system going down for three days. After adopting virtualized servers through hyperconvergence, Clovis has seen a dramatic improvement in the day-to-day performance of IT systems.

Kia, who has been with Clovis for nearly 20 years, says the college has been “a single-server shop for every need” during that time. Eventually, that approach required more staff time to maintain, Kia says. “For so many years, we would have to apply upgrades and patches on a test box and hope that it worked. Then if it did, we’d apply it to the production environment and hope that it worked the same way,” he says.

In early 2016, Clovis implemented virtualization with solutions from Nutanix and Scale. “Now, with virtualization, we are able to take a snapshot, apply the upgrades and the patches — we’re up and going,” Kia says. “This can all happen within a matter of hours.”

Most beneficial, he adds, is the ease and speed with which his staff, even with minimal training, can bring up a virtual server. “That was the beauty for us. Even though we may have incurred some costs up front, we’re really going to save in the long run in terms of man hours.”

The ability to make the most of valuable staff hours was also a boon for Cleveland Community College in Shelby, N.C., which embraced server virtualization years ago using VMware Horizon View.

“‘People time’ is very valuable, especially in a college with a small IT department,” says CIO Jonathan Davis.

In recent years, the college has gradually adopted virtual desktops as network improvements have helped to facilitate the solution. Initially, Davis says, officials hoped to save on capital expenses through virtual desktop infrastructure (VDI). Because they wouldn’t have to refresh physical desktops every three years, the thinking went, the overall expenditure would be lower. Ultimately, the costs were about the same for both models. But Davis says that VDI was still a good fit for Cleveland because of how the solution simplifies desktop management.

“I would say the investment in virtualization is probably equal to the investment in desktops,” he says. “But what you gain is a lot more flexibility in the management of the infrastructure — installing operating system updates, migrating from one operating system to another, migrating from Office 2013 to 2016 — anything where IT would need to touch those machines. There’s a lot less ‘foot time’ required. It’s very rare that we would have to go to a classroom to troubleshoot a problem.”

In addition to reducing system failures, Kia says, virtualization has better positioned Clovis in case failures do occur. In the past, backup processes weren’t reliable.

“We thought we were backing up data disk to disk,” he says. “It turned out that the disk was failing, and so we weren’t able to recover all the files.”

Kia likens the previous model to keeping all the eggs in one basket. Now, Clovis has additional equipment that’s kept in a separate building, across campus from the main data center.

“We’re truly getting into the area of disaster recovery, at a small scale,” he says. “We now feel very comfortable that we can replicate our environment at any time.”

Ray Barghi, CIO at Baltimore City Community College, says virtualization has so many benefits that “there are very few systems and applications” the college would not consider virtualizing.

“We are able to leverage our investment in hardware many times over,” says Barghi. “Not only can we spin up new servers to support various applications and system needs almost at will, we can also share compute resources among applications and processes as needed in a high-availability, fault-tolerant environment.”

For Clovis, hyperconverged solutions allowed the college to implement virtualization in a way that didn’t overburden the IT staff. “For a small shop like ours,” Kia says, “it has really opened up opportunities for us to move to a level playing field with everyone else.”

Barghi says he expects the growth of hyperconvergence to spur more community colleges to embrace virtualization in their data centers.

“Hyperconvergence simply gives you the ability to scale your virtualized environment to levels that once would have taken racks of equipment and support,” he says. “If there is a college that has been slow to embrace virtualization, hyperconvergence now provides them the opportunity to modernize their infrastructure in a big way.”

Jennifer Cooke, research director for data center trends and strategies at IDC, says many higher education institutions struggle to standardize their data centers, which often include different systems built for different use cases over many years.

“Those challenges are difficult to overcome if you don’t have a really strong vision at the top,” Cooke says. “The first step is to take an assessment of what you have. When you make these decisions, security, performance and cost are the three things you need to consider, but it’s tough to know those details without a really good map of what you have currently.”

For all of Kia’s worries about the ­potential complexity of virtualized ­solutions, he says the reality has been the opposite. “You choose the flavor of operating system, tell it how much ­memory, how much hard-drive space, and the next thing you know, you have a virtual server,” he says. “The software knows how to allocate the resources it needs. I don’t have to have anybody on staff who knows how to do that.” 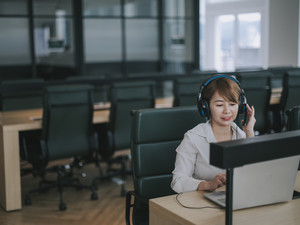 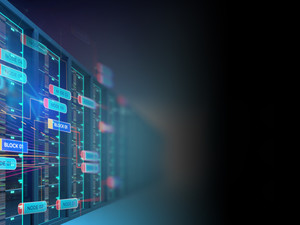