The future of higher education will likely be crafted by both incremental changes and a drastic rethinking of the institutional model, according to the predictions of Jeff Selingo, Washington Post columnist and author of three books, most recently, There Is Life After College.

“We have to think of new models to serve lifelong learners,” said Selingo, who delivered the keynote address on Wednesday at the Campus Tech conference in Chicago.

The challenge? Educators may not be prepared for the extent of change that’s ahead. 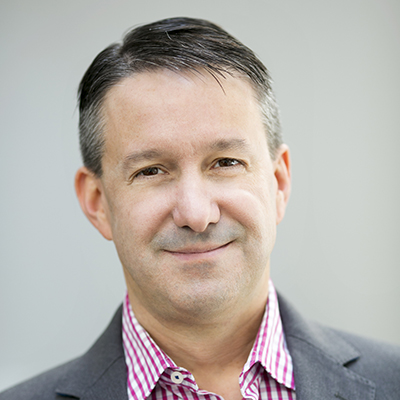 Education has already undergone significant disruption, but Selingo predicted that bigger changes are coming. He pointed to a recent Oxford University study that found that 47 percent of U.S. jobs are at risk of being eliminated by automation. Findings like this make it imperative, he said, to rethink how colleges prepare graduates for a job market in flux.

“What do we need to do, not only after high school, but for the rest of our lives, to complement, not compete with, technology?” he asked.

Workplace Skills Are a New Model for Higher Education

As part of his research, Selingo spent two years interviewing employers, from Silicon Valley companies to corporations that traditionally hire large numbers of college graduates, such as Macy’s and Enterprise Rent-A-Car. What he heard is that recruiters see a persistent skills gap — not in hard skills, but in soft skills such as teamwork, communication, problem-solving and organization.

It’s a complaint that is likely familiar to higher education leaders, but the extent of the problem may surprise them. Selingo cited research from Boston-based Burning Glass Technologies, an analytics software company that scraped 25 million job ads to identify the most frequently in-demand skills. Their finding? Soft skills were at the top of the wish list in three-quarters of ads, regardless of industry. That’s telling, Selingo said, because that means employers no longer assume college graduates will have those skills — because often they don’t.

A root cause of the discrepancy, Selingo said, is an educational model that is outdated.

“In many ways, the education system we have today is like the workplace of old,” he said. Punctuality, rote tasks, following an established set of processes — these were once the path to success. But in an environment of rapid, ongoing change, that model no longer works: “The modern work world is a mash of activities with no scheduled end.”

The old model is also problematic because it was not designed to serve the 18 million students who attend college today, Selingo said. Originally, colleges served a rarefied few, with most workers learning through on-the-job apprenticeships.

Together, these changes suggest that education needs a dramatically new approach, in which learning is a lifelong pursuit, not an endeavor limited to a few years in early adulthood. This new model will emphasize both soft skills and hard skills that meet the needs of employers, particularly given the expected influence of automation and artificial intelligence.

Selingo quoted one of the educators he interviewed, Rick Settersten, an Oregon State University professor, who said, “A lot of what college comes down to is not what happens in the classroom. It’s about navigating life and building relationships.”

For Many, Internships Are the Key to Success

Selingo also shared insight into why some graduates fare better than others, an area that’s come under scrutiny as employers, parents and other stakeholders question the value of an often-expensive college degree. The Georgetown Center on Education and the Workforce, for example, reports that the average college graduate achieves financial independence at age 30, up from age 26 in 1983.

Selingo’s research found that graduates tend to fall into three categories: Sprinters (35 percent), who jump right into careers post-graduation; Wanderers (32 percent), who take their time settling on a career path; and Stragglers (33 percent), who seem to have hit the “pause” button on professional progress.

The biggest difference, according to Selingo, is whether students had internships during college. Nearly 80 percent of Sprinters did, versus 47 percent of Wanderers and 24 percent of Stragglers. That’s not surprising, he said, since many employers hire individuals who previously interned with them.

That finding is important, Selingo said, not because students shouldn’t follow their own paths, but because their ability to find a professional “on ramp” at some point during their twenties can have a big impact on future earnings and career trajectories.

A new model, with emphasis on lifelong learning and better preparation for the workforce, may take a variety of forms, Selingo said. He pointed to the soaring popularity of “how to” videos on YouTube, a mode of learning that young people readily embrace. The education market has seen a surge of new providers (such as General Assembly, Coursera and Codecademy) that offer training — often to students who already have a degree — in career-focused areas such as coding and analytics.

Institutions are introducing new programs that better fit the needs of today’s students, such as “micro master’s degrees” that are online and significantly less expensive. New rankings are emerging to help stakeholders gauge institutions’ effectiveness: how many graduates find jobs, for example, or are able to repay student loans.

“The decade ahead will be about developing platforms for success — both for students and campuses — through institutional alliances and throughout the life cycle of a student’s education,” Selingo said.