Universities are often at the forefront of history, using innovative technology to make strides on everything from cybersecurity to organic 3D printing.

In addition to creating new advances, technology also has the potential to make sure historical creations aren’t forgotten.

Technology giant IBM touted the ways that its technology has had a hand in preserving history and culture in celebration of the company’s 100th anniversary.

“From deciphering ancient texts to preserving epic architecture, from creating digitized libraries of the world’s most historic records to building interactive cultural websites, for decades IBMers have played essential roles in not only preserving history, but making it accessible, animated and alive,” reads the website.

Like IBM, many universities have stepped up and used the technology they have at hand to keep the past alive.

As lecture capture gained popularity on campus, Kansas State University wanted a way to keep all of the academic videos, as well as historical footage, Campus Technology reports.

With unrest in the Middle East making historical sites vulnerable, Herbert Mascher, an anthropology and geosciences professor at the University of South Florida, writes on Slate that organizations and universities have stepped up to leverage technology to preserve the sites and museums in these areas.

The Democratization of Science project at the University of South Florida is one such initiative that is using digital visualization to preserve and protect cultural and natural history.

“Our project at the University of South Florida is using 3D imaging to scan entire museum collections, archaeological sites and ancient landscapes around the world,” writes Mascher.

“Now any student, scholar or interested individual has access to some of the most important historical and archaeological specimens, buildings and cities in the world,” he writes.

3. Technology Allows Scholars to Collect History as It’s Made

Beginning as an online collection of images, audio and posts about the shooting in Ferguson, Mo., students and archivists at Washington University in St. Louis are working to create an application to chronicle the significant events of today, reports the St. Louis Post-Dispatch.

A collaboration between Washington University, the Maryland Institute of Technology in the Humanities and the University of California Riverside, the app would be a cost-effective way to preserve blog posts, photos, comments and other “digital artifacts” from current events.

“As archivists, this is what we do. We build historical research collections,” says Bergis Jules, an archivist at UC Riverside who is working on the project. “In this case, we want historical events to be remembered from the perspectives of the people on the ground.”

Art history professors are no strangers to slide projectors like the Kodak Carousel. At Pennsylvania State University, photographic slides used to be the only way for an instructor to show students images of art, reports a Penn State news article.

Ending this limiting experience was the impetus behind Penn State’s Visual Resources Centre, a web-based database of 80,000 high-resolution images of art available to anyone with a Penn State username and password.

“We’ve been able to reach so many more people through the digital images,” says Carolyn Lucarelli, the center’s curator in the article.

Art history graduate students — like Andrea Middleton — are responsible for scanning the images from books or slides, color correcting them using Adobe Photoshop and entering metadata on each image so they are easily searchable.

“We need to continue updating our images with technology so we don’t lose them in the future,” says Middleton in the article. 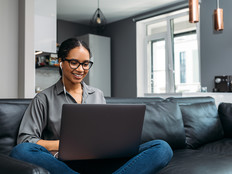 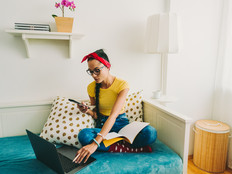