Much like dining halls, health centers and laundry services, Wi-Fi is considered by today’s college students to be a must-have service.

A recent report from the EDUCAUSE Center for Analysis and Research found that 61 percent of college students have at least two devices that they want to connect to college networks.

With demands like that across campuses, colleges need to take steps to ensure that students are able to access what they need for education and entertainment.

By understanding what data is taking up the most bandwidth, how they can act proactively, and what types of policies will help, universities will be one step closer to doing just that.

1. Pinpoint What Is Taking Up Bandwidth

EdTech has discussed how video streaming sites like Netflix use up a ton of a university’s network bandwidth, leaving universities to incur the costs of the oftentimes sizable bill for recreational viewing.

Houston Community College, which has 75,000 students across 26 campuses, reported to Campus Technology that 65 percent of all wireless traffic at their schools was video-based.

“This puts a heavy load on each wireless access point, coupled with the fact that most wireless environments at the college have a high physical density of users — from common areas to libraries and the classroom,” Kyle Cooper, the school’s director of network and telecom, told Campus Technology.

Cloud apps that automatically sync files like Box and Google Drive, and even OS updates from Android or Windows, can slow down a network, eCampus News reports.

“Developers design file syncing apps to operate continually and transparently in the background,” writes Bruce Miller on eCampus News. “OS updates can trigger at a moment’s notice with a new software release. Both file syncing and OS updates can use a substantial amount of bandwidth.”

Miller also writes that Dropbox has a policy of taking up 75 percent of bandwidth available when it is updating, unless that option is manually turned off.

In an article on the technology news site MakeUseOf, Brad Jones writes that Windows 10 has been using a ton of bandwidth from automatic updates and file syncs.

“Files in specified folders are automatically uploaded to the OneDrive service, and files stored online can be downloaded automatically much the same way,” writes Jones. “This can amount to several gigabytes worth of transfers very quickly.”

Users can set a limit to how many gigabytes are transferred in the settings of OneDrive, Jones writes.

2. Be Proactive and Prepare for Increased Usage

Even if students are made aware of the apps and upgrades that are using large amounts of bandwidth, they’ll still want to install a new OS upgrade for one of their mobile devices when it’s released. And more and more students will continue to bring more and more devices each year. Universities can prepare for this.

University of California, Irvine got even more proactive by installing 1,315 Cisco Systems 3702i access points in its residence halls in preparation for expanding their network over the next few years, EdTech reported in August.

“When we designed it, we said ‘Picture five years from now when students are showing up with more wireless devices than they’ve got now,’ ” Kevin Ansel, former director of student affairs IT at UCI, told EdTech. “…we needed to think ahead, so we built a system that is very robust.”

The University of North Carolina Wilmington also sought a Cisco solution to create a scalable network, according to a news release on Cisco’s website. With the Cisco technologies, UNCW network administrators were able to determine the number of users on any access point, view signal strength and proactively adjust to achieve better coverage before incidents were reported.

3. Create IT Policies That Work for You

Some universities may also consider enacting policies that will prioritize what can be deemed valuable bandwidth. Miller’s eCampus News article suggests that campuses struggling with Wi-Fi performance should try using management tools that can prioritize education and productivity apps over those used for entertainment.

“Administrators set policies to block, rate, limit, and prioritize apps based on a variety of factors, including time of day, device type, user type or location,” writes Miller.

In an article from mobility platform provider Secure Edge Networks, it is suggested that colleges limit apps like Netflix to a set amount of bandwidth during certain peak education hours, then open it up to unlimited availability during nonpeak hours.

“This would allow you to ensure your mission-critical applications like online testing wouldn’t be at risk from crashing because other students are trying to binge-watch The Walking Dead.” 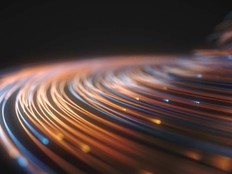